Songbird Angela Ricci has more than paid her dues on the route to her own commercial success. From well-received viral videos to performing as backing vocalist for top international acts the likes of Kelis, Rita Ora and The Heavy, Ricci paves a path for herself with the release of debut single “So Good”. Her diverse influences, some of which include Nina Simone, Ray Charles and Kimbra, are reflected in her jazz and blues throwback sound, still situated wholly in the 21st century. This, she says, is something she exudes aiming to position the nostalgic genres into today’s day and age by adding a fresh pop spin. The forthcoming Aaron Paul produced EP also dabbles in doo-wop and soul. “Musically, I’ve found that some of the best songs are the least complicated,” she says of the inspiration behind her offerings. “I write about everyday emotions and situations that may sometimes appear to be light and playful, but I aim for them to still hold a deeper message and sentiment.” Having graduated from Goldsmiths University with a Drama and Theatre Arts degree, Angela has since collaborated with producers and musicians from across Europe, and performed at Africa Fashion Week and London’s legendary Jazz Cafe where she supported MOBO Award winning Yolanda Brown.

“Lazy Love” tells a story of the contrasting intensities of love within a relationship. Angela speaks on the comfort and convenience that people seek, all the while professing her commitment to being fully immersed in the true essence of love. With the video shot in a casually cinematic fashion, situated in the Italian town of Modena, the whole production of this piece of art is authentic through and through and a genuine pleasure to experience sonically and visually.

Angela Ricci – Lazy Love Lyrics:
He’s got that lazy love
The type that’s not to bother of anything
The type that doesn’t think about the time in vain
That type, that type that kind of lazy

She’s got that crazy love
The type of love that always goes the extra mile
The type that would do anything to make him smile
That type, that type that kind of crazy

And this love that they have for each other
Is enough to let [..] for now
But when there is a change in the weather
Will the love still holding ‘em down
I wonder how,

She’s got that crazy love
The type of love that dreams about their wedding day
She doesn’t mind already using his last name
That type, that type that kind of crazy 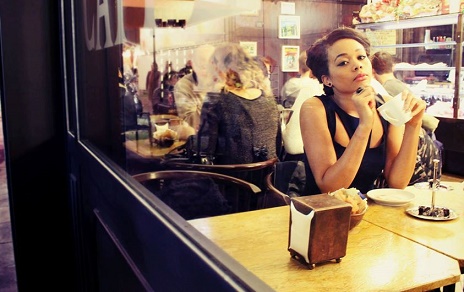