Angela Burns is an actress and musician from Austin, Texas known for her work in several national commercials, “Sleight” (2015), and “Street Stories” (2014). Growing up in Texas, Angela worked as an actress on multiple national commercials before venturing into film work – writing, casting, directing, and editing her first short film, “Betta”, at the age of fifteen. This experience led her to work on the independent feature film “Blacktino” as casting director and extras casting director. Only 16-years-old at the time, the local Austin film industry took notice of her outstanding work. She subsequently worked as head extras casting coordinator & assistant to Beth Sepko on several studio projects, including Richard Linklater’s critically acclaimed film ‘Boyhood’, ABC Family’s ‘The Lying Game’, Robert Rodriguez’ ‘Machete Kills’ & ‘Sin City 2’, and many more over the span of three years. During this time, Angela booked most of her auditions through her Texas agents, and wrote a winning grant via the Austin Cultural Arts department to take her first trip to Los Angeles. 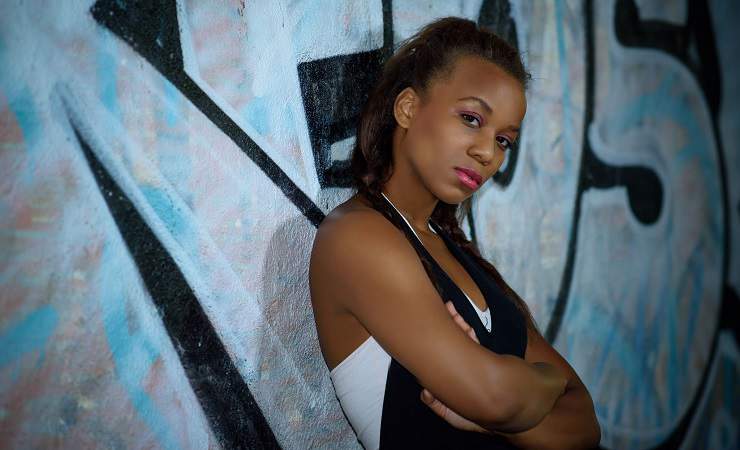 Angela graduated early from high school and relocated to Los Angeles with the goal of seeking out more opportunities as an actress. In addition to acting, Angela played drums in an alternative rock band with her sisters for many years, and in December 2015, she released a her first mixtape – “So That You Can Feel Better”. Also as of 2015, she is featured on the song “Killin It” on Trevor Jackson’s mixtape “In My Feelings” released through Atlantic Records. Angela is currently focused on her acting and music careers. She lives in Los Angeles.

Do you even know
You were my role model?
All of that potential
Still stuck in the bottle

I really love you.

But I cannot love you the way that you are
I know you won’t make it, your ego is charged
And I can’t break the tether

All your commotion is breaking me down
Is anyone even getting helped now?
I just want you better

But I cannot
control you
And make you
Lay down your guard, face yourself

I’m sick
Where did the good go?
And what does our bond show
About all of us?

But I really love you
I do, It’s sad.