Sirach Charles, better known as Angel, is what the music industry would indelibly mark as a triple threat. Singer/songwriter, multi-instrumentalist and record producer, 22 year old Angel is quite possibly the UK Pop and R & B industry’s best kept secret. West London bred Angel began much like many do, as a gifted child, unquenchably enthusiastic and rather uniquely, as one fifth of a family singing group along with his siblings. Known as The Charles Family, the group consisted of Angel and his siblings Tahirah, Sariah, Akelle and Kassa. The group were testament to a strong genetic musical aptitude and a passionate father who managed their early careers. The Charles Family came to prominence as a result of a BBC One documentary- One Life (2004), which followed the family’s musical journey. Initially signed to Warner Music, the dynamic family group soon parted ways with the label, though by that point it was apparent that Angel had developed a thirst for making music, coupled with an undeniable talent that propelled him to go solo. Young Sirach went about experimenting with his sound, and was particularly compelled to take up producing the music, he would sing. Angel recalls, “I started producing from about 10 years old, I was fascinated with music and creating it from scratch so I’d use anything available to me, Atari Video Music, Cubase, it was all a case of trial and error[…] it was important to me to be able to create what I was going to sing over, and laying it all down: kick, snare, strings, percussion all before I sing over it means there’s a lot of heart to my music”. Angel drew his main influence from his father, former manager and talented musician Tendai Charles, a professional keyboardist who accompanied an array of Reggae music talents including Bob Marley and Dennis Brown. “My dad was and still is my biggest inspiration” Angel asserts, “from a young age I saw him fulfilling his passion and the prospect of doing music everyday for the rest of my life didn’t seem out of my reach.”

Taking it upon himself to study music in his own time, Angel took to listening to Donny Hathaway, from whose music he picked up lessons in song writing, R & B singer Brandy Norwood, whose vocal arrangements and delivery Angel would revel in, plus the record production expertise of maestros Quincey Jones and Rodney Jerkins. The study, alongside his natural gifts paid off, as Angel at just 22 now boasts the ability to write, compose and produce his songs from scratch. A talent that was identified by Universal Music who in late 2009 signed Angel to Universal Publishing as a songwriter. Angels’ knack with words has seen him pen songs used by UK urban acts such as Roll Deep and Devlin, as well as him composing pop pieces for the likes of JLS and Cheryl Cole. When conceptualising his own songs, Angel draws heavily from his own experiences. Not content with making fickle music, for a throwaway culture, Angel’s strength lies within his ability to make music that resonates with people’s lives. “I’m quite the story teller” he states, and nothing is more demonstrative of this perhaps than Angel’s lead single off his forthcoming debut mixtape ‘Patience Is A Virtue’. This aforementioned track is Julie, an infectious, electronic driven club track, which tells the story of a relationship gone sour. Having been penned and produced entirely by Angel, he feels it’s the perfect introduction to who he is as an artist. The ‘Patience Is A Virtue’ mixtape is an extended allegory of Angel’s musical journey so far, from being part of his family group, through to the BBC documentaries on their lives, the continual perfecting of his craft over the years, to this point as an accomplished songwriter and musician. The first mixtape is to be followed by a second, entitled ‘7 Minutes Before Time’ followed by Angel’s eagerly anticipated debut album ‘About Time’. For Angel, his music is cathartic, and though he makes no claims to being a squeaky clean Pop Prince (which is underlined by the tinge of irony in his name, Angel) he aims to inspire, as Angel fondly recalls, “The nicest things anybody said about my music was that they put it on when the have a headache or feeling stressed and it always soothes the headache away, for me that’s a big deal the idea of music healing pain, it can’t get much better than that.”

Angel – Scared Feat. Tally Lyrics:
Man, I’m feeling paranoid, oh
It’s getting cold so I’m running to where the heat is
Niggas act flashlights out when we running
Where we send us, where we vanish

Usually I don’t play with toys, no
But tonight I’m grabbing Tina and turn up in the night
Two or three bites, all black, no we mobbing
Meet my brother, meet my cousin

Listen more than I speak now
I don’t see why I should smoke
She was closer than speed, though
Fuck street visors, your heat bomb
‘Cause I’m riding round with that Tina
And she ain’t even my main bitch
That I stay with, I got Nina
And I don’t fit you on me, no
Me neither and Lord knows, when I see them haters
I be risking my freedom, I be whistling, beating
Slugs, my man bleeding, investigation, my man speaking
Trying not to get wasted but these pricks want me on basics
Said I’m clipping up while I’m bathing
Thinking things that get wavy, couple shows and that baby
Couple shows and that lady
Fuck around and get bucked around
When I’m screaming out bitch, pay me
See, something’s wrong when that fun’s around
But then the young’s around like crazy 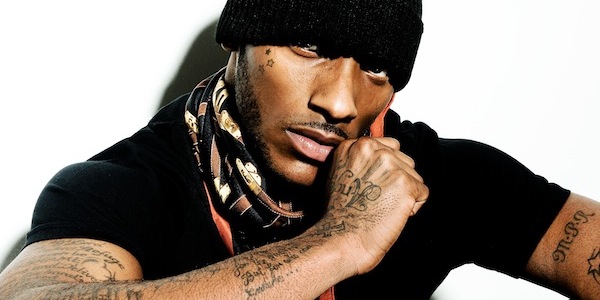