South London based singer/songwriter and producer Amani is back with the release of her stunningly haunting new single ‘Feathers Falling’, out 31st March, on her own label 2NOR. This will be the lead single from her new EP ‘Perpendicular’ coming soon. ‘Feathers Falling’ is full of industrial dark soundscapes and emotive echoes representative of the powerful emotions brought on by the death of her sister. The single begins with a touching and emotive guitar reminiscent of Daughter, which blends with the stunning vocals of the chorus, conveying a sound similar to that of Esben And The Witch. The track engages in themes of loss and mourning as Amani shares her inherent vulnerability singing, “Trying to stay strong is just a false disguise. What I’d give to have another day by your side, turn back the hand of time”, yearning for one more fleeting moment with her sibling. These haunting vocals combined with the cavernous atmospherics of the production work together beautifully, laden with arresting snares and ghostly synths. The emotional song provides a lasting impression of Amani’s talent; her husky tones are layered with epic high notes, showing the extent of her vocal ability. 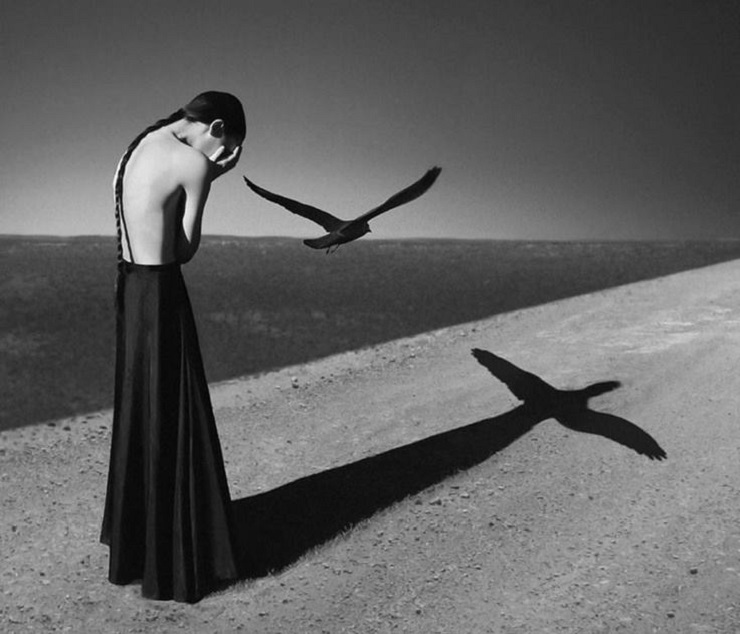 The accompanying visuals are a personal and candid depiction of loss, filmed and edited by Amani. Using a lo-fi effect, she’s produced an abstracted, moody vision of herself, barely recognizable in an intimate position, alone in a bath. Speaking on the video she explains, “the song itself is very clean sounding, I wanted to create a visual that embodies the message in my song, of being on a dark vulnerable frequency.”

A highly creative character, Amani’s label 2NOR forges a love of art and music. She works with like-minded creatives, often collaborating with experts in graphic design and fashion for the visual aspect of her work, both live and recorded. Amani worked with producer David Ezra on her new album ‘Perpendicular’ whilst the impressive artwork was created by Alison Fielding, Head of Creative at Beggars Group. For this upcoming release her artistic vision will be revealed via various art galleries, with whom she has partnered with to showcase her upcoming works. Amani’s live sound is a cyborg blend of electronic drums and striking synths mixed with soft acoustic instruments. She has previously performed at Shanghai fashion week in China as well as the East Side Music festival in Berlin.

A dark tangle of raw lyrics with honest and haunting melodies, Amani represents a new generation of songwriters, indefinable and expansive. When ‘Feathers Falling’ drops 31st March, it looks set to cement her as one of 2017’s most exciting new acts. Amani is undeniably one to watch. Submitted by James Butler/outpostmedia.co.uk