Skip to content
Home » Music » Alexz Johnson – Nothin’ On Me

Alexzandra Spencer “Alexz” Johnson (born November 4, 1986[1][2][3]) is a Canadian singer-songwriter, record producer, actress and philanthropist. Her debut album Voodoo was independently released in 2010, followed by the demo release of The Basement Recordings in 2011, with its sequel, The Basement Recordings II, and EP Skipping Stone in 2012. She is best known for her roles as Jude Harrison in the CTV series Instant Star, as Annie Thelen in the Disney Channel series So Weird, and as Erin Ulmer in the 2006 horror film Final Destination 3. She was nominated three times for a Gemini Award for Best Performance in a Children’s or Youth Program or Series (Instant Star), winning the award in 2008. On July 5, 2012, Johnson hinted via her official Twitter that she was beginning official work on her sophomore studio album. She initially planned to release it in the first three months of 2013. On 22 August 2012 Johnson posted a video from a recording session for the upcoming album. It was said that the album would be produced by David Kahne. Alexz has also worked with Bleu (musician), Boots Ottestad, Wax Ltd, Jamie Hartman, Theo Katzman, and her brother Brendan James Johnson, who produced her debut album Voodoo, on writing for the upcoming album. Johnson launched a North American joint tour with Charlene Kaye in the spring of 2013. Wikipedia®.

Alexz Johnson – Nothin’ On Me | Live Off The Floor Video

Alexz Johnson – Nothin’ On Me Lyrics:
Troubles come, shadows stray
But in the end, it’s got nothin’ on me
Bricks and motor break the chains. Cause in the end

Does nothing for me, does nothing for you
Bring somebody home, there’s nowhere to be
A broken heart is enough for two
In a world so small it can be so cruel

Does nothing for right, does nothing for wrong
I aint sleeping at night and sad to be alone
And a ripped out soul is the tails and the bone
And a fucked up world that just feels so cold

I used to be so sad, I felt so alone
I couldn’t leave my head
I was sore to the bone
Now I see the light, its gonna be alright
If the train don’t come, make it just right 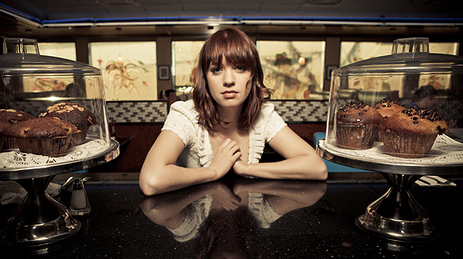