Age of Mythology (AoM) is a mythology-based real-time strategy video game developed by Ensemble Studios and published by Microsoft Game Studios. It was released on October 30, 2002 in North America and a week later in Europe. A spin-off from the Age of Empires series, Age of Mythology takes inspiration from the myths and legends of the Greeks, Egyptians, and Norse, rather than from actual history. However, many gameplay elements are similar to the Age of Empires series. Its campaign follows an Atlantean admiral, Arkantos, who is forced to travel through the lands of the game’s three cultures, hunting for a cyclops who is in league with Poseidon against Atlantis. Age of Mythology was commercially successful, going platinum four months after its release after selling over one million units.It also achieved critical acclaim, scoring 89% on both GameRankings and Metacritic. On May 8, 2014, Age of Mythology: Extended Edition was released on Steam for Windows. Wikipedia®. 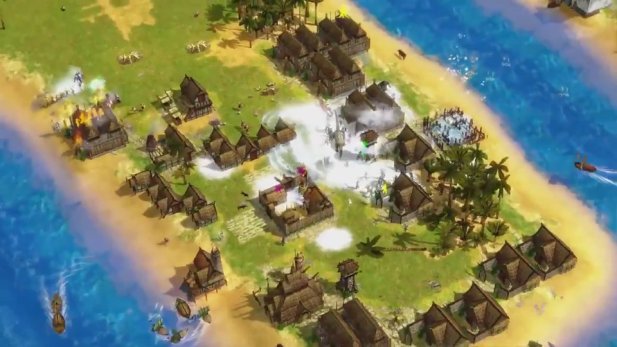