7 Days to Die (abbreviated as 7DTD or 7D2D) is an open world, voxel-based sandbox game created by The Fun Pimps. It is a mash up of first-person shooter, survival horror, tower defense and role-playing games combining combat, crafting, looting, mining, exploration, and character growth. It was released through Early Access on Steam on December 13, 2013 for Mac and PC. In 7 Days To Die the player spawns into a (planned to be) randomly generated world, with the objective of surviving for as long as possible. As the days go by, the zombies get tougher and more aggressive. The game features the ability to craft, destroy, and manipulate objects. The game also comes with a physics system in which building a structure with no support such as pillars and walls can lead to its collapse. The game is voxel-based, allowing for simple building, and destruction of objects. The game’s main focus is to have the players try to survive the night, as the game features a day and night cycle, making the zombies slow and weak during the day, yet fast and aggressive during nighttime. Also the game features a system in which the character constantly needs food and water. Objects in the world degrade over use, so the player will also have to be searching for or make new tools as the game progresses. Currently the game is in Alpha phase and does not have the many of the planned features, such as NPC quests, vehicles, temperature survival elements and ability to randomly generate maps. The world is fully destructible and mold-able. The player can build their own house or destroy existing ones in order to gather materials to construct a fort. The game also features stealth and distraction system to avoid unnecessary conflict with the zombies. The zombies in 7 Days to Die will climb, dig, destroy walls, doors, or even entire buildings if necessary to get to the player and kill them. This leads to the player needing to set up traps for the defense of his or hers base. Wikipedia®. 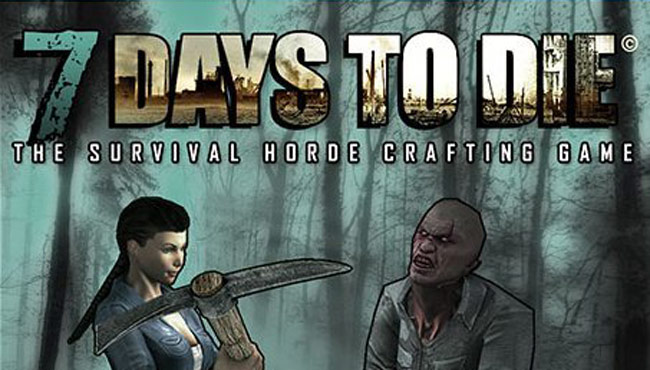 7 Days to Die Trainer (+6) Options:
Trainer for the sandbox game 7 Days to Die, you can use it to activate these essential Cheat Codes: Infinite Health, Infinite Stamina, Infinite Food, Infinite Water, Edit the Amount of item, Add Items. Note: This cheat tool is for the original version v7.1 of the game 7 Days to Die.