Just over a month ago, I happened to stumble upon an act from Canada named West Nile. Upon listening to their dark electronic pop, I immediately feel deeply in love. Their music embodies an 80′s evoking, dark disco meets new wave sound that has a ominous edge not unlike that of Crystal Castles or Chromatics, which of course, is a concoction that shoots straight for my heart. West Nile has been teasing about a new tune for the past days, and finally, they’ve unleashed #1FNDR, a song that starts out delicate and meticulous, crystalline and chilly, before it swells atmospherically then launches into spectacular, apocalyptic levels of pulsing, flashing retro dance pop energy. There’s a bittersweet sadness to the song, a solitary melancholy, with a vocal pattern that reminds me of oft covered classic Harry Nillsson song One. It’s an altogether heartbreaking though upbeat gem, a song steeped in fragile vulnerability. 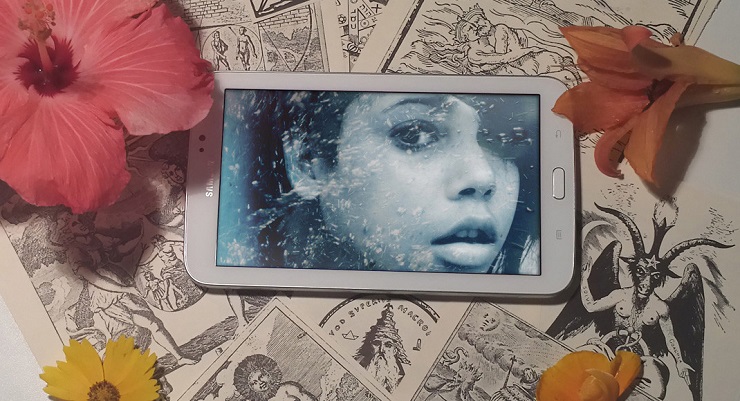 We were already nuts about London’s West Nile, and then she did this. Her last single “WHAAAT I CAN GETT” remains in heavy rotation around here, but nothing could have prepared us for “#1FNDR”. At three minutes, the song is an absolute journey from one sonic realm to another, from bombastic pop ballad to sleek uptempo minimal synthpop, and ending in mellotronic glory. Killer hook, too. We really hope these singles are leading to an album, because that album would be the best album. Until then, check out all the singles on Bandcamp.