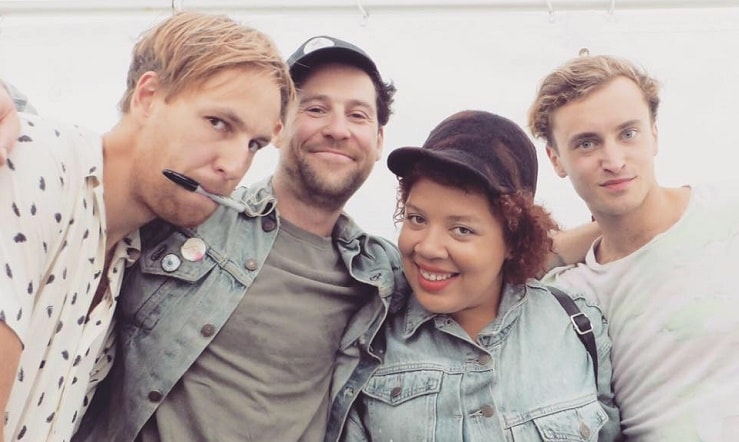 The video was directed by the band’s guitarist, Morgan Waters, and was shot at the same time as the album’s cover, which Burke says was inspired by the iconic final scene in the film Heathers, and ties in thematically with both the song and the album as a whole.

“We shot the video and the album cover at the same time, and it makes sense to me to tie those images to this song, as, like a lot of this record it’s about personal agency and finding your way in difficult times.” she says. “There’s this fire and destruction surrounding us on the cover, which was initially inspired by the scene in the movie Heathers where Winona Ryder’s character stops her ex-boyfriend from setting off a bomb in the boiler room of the high school. She is covered in soot and blood, and she’s smoking a cigarette, as she re-enters the school with a new found clarity — she doesn’t want to try and fit in or be perfect anymore. I like that sentiment.”