Skip to content
Home » Music » We Are Scientists: Not Another Word

With a their bold and brilliant new album ‘Megaplex’ dropping later this month, We Are Scientists reveal another instant classic cut in the form of ‘Not Another Word’. Adding to the electro leaning opener of ‘One In, One Out’ and the literally infectious, riff-heavy follow up ‘Your Light Has Changed’, the power pop trio present more evidence of their pristine synth-laden new direction. With almost two decades of experience comes not only a mature approach to crafting delectable hooks, but also a certain wisdom. 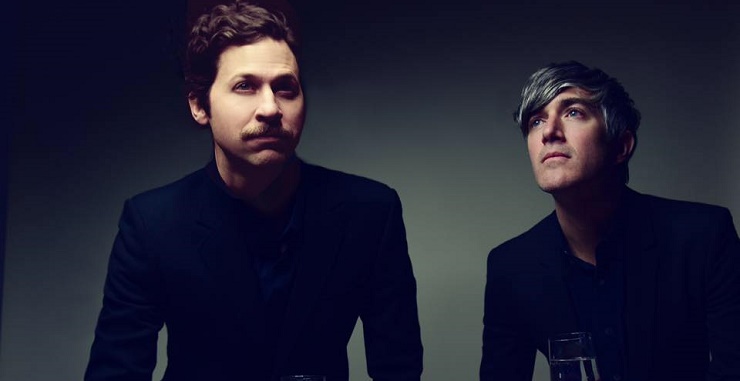 Demonstrated here, ‘Not Another Word’ comes complete with a valuable lyrical life lesson in avoiding uncomfortable conversations and those difficult relationship moments. For all those life-long avoidance fans that are running low on subject changers, take heed… “It occurred to me that a good way of slipping out of unpleasant interactions might simply be to put on a good, danceable tune. Nobody likes to chat while they’re dancing, and, anyway, it’s hard to deliver an incisive counterpoint over a banging beat.

Keith Murray continues… “I like to think that this song might be an aid to anyone who finds themselves under conversational siege – rather than put up their defences and really get into an argument, they can take their debate partner’s hand, lure then onto the dance floor, and sing along, imploring them to simply drop the subject, together.” Conveniently, We Are Scientists have a constructed a hefty catalogue of danceable numbers and will be showing them off live in venues around the UK soon, including a date at the O2 Shepherds Bush Empire on 4th May. Recorded at Tim Wheeler from Ash’s Atomic Heart Studios in NYC and once again produced by Max Hart (ex-Katy Perry), ‘Megaplex’ is released via 100% Records on April 27th.

We Are Scientists: Not Another Word

We Are Scientists: Not Another Word Lyrics: