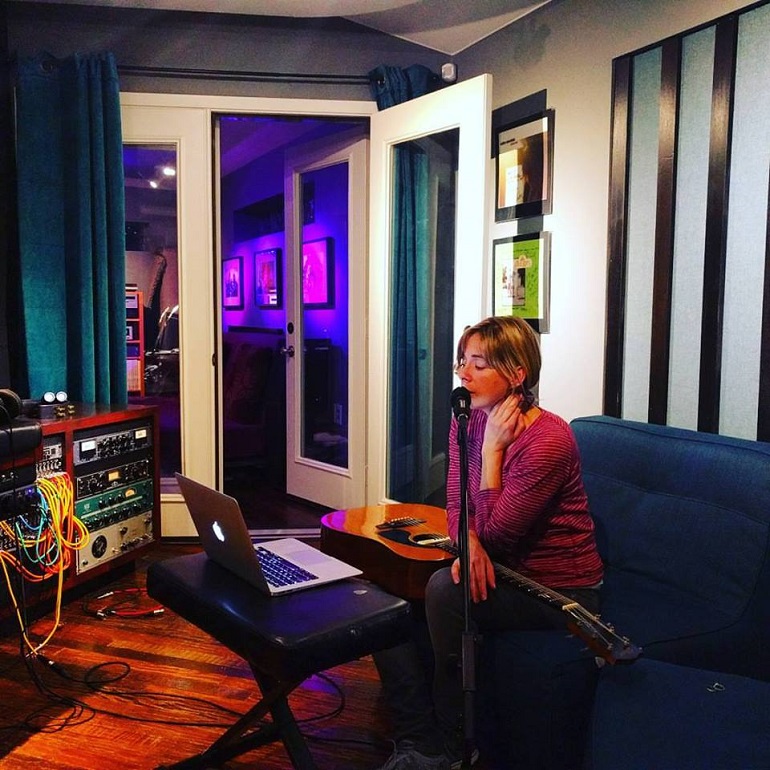 Vanessa Peters is a wandering songwriting storyteller with an uncanny knack for melodies so catchy the listener might miss the subtleties in her poetry. But the stories she tells from her many years on the road are made unforgettable with her uniquely clever turns of phrase and unpretentious delivery. Her writing is that of a novelist – sometimes clear and direct, sometimes relying on a skillful turn of phrase to drive home a point – but always with multiple layers of both metaphor and substance.

As a performing musician, Vanessa has played well over 1000 shows in a dozen or so countries, earning her reputation as “a true poet and a brilliant singer/songwriter” and receiving accolades from abroad and in her hometown of Dallas (nominated “Best Folk Artist” – Dallas Observer). She continues to tour the US and in Europe, where she has a strong fan base thanks to the albums she made with her former Italian band (Ice Cream on Mondays) and the hundreds of shows she has played in Italy, the Netherlands, Germany, Belgium, Denmark, and elsewhere in Europe.

Vanessa’s latest album, “The Burden of Unshakeable Proof,” is still picking up rave reviews: “fully realized, written with elegance and imagination,” “a masterclass in probing matters of the heart,” “10 gorgeously sculpted tracks, a blissful shuffling of folk, pop and jazz bound together by Peters’s peerless voice.” The album finished the year on a number of “best of 2016” lists, including No Depression’s “Alt Country and Beyond,” and has received spins on over 100 stations across the USA and in Europe. Burden is the first album Vanessa has released on vinyl through a partnership with the indie label Palo Santo Records.
https://vanessapeters.com/

so I keep a lucky lire in my pocket
to remind me that money’s just a fad
it’s just something that we all go through
it’s not the object, it’s just a thing we had

sometimes this pain just squeezes
it’s a like a fist around my heart
and I can’t breathe or get my motor to start
I’m at the light in neutral
in need of a good shove
or a friendly face, something that looks like love

starting over all again, when will this ever end
is there a finger on the scales?
’cause there goes the gun, I’m at the line again
another race to run, but someone has to win

so I keep a lucky hairband in my pocket
to remind me to tie my hair up tight
to put on my best shoes, suit up to win
knowing I’m the dark horse but hoping that I might