British/Colombian singer-songwriter Vanessa Forero has been composing since the age of nine. She has mainly written film/TV scores and songs for other artists, but since being selected in 2015 by Brit award singer-songwriter Beth Orton to write with and perform at her UK show, Forero decided to become her own artist and record her own songs in her distinctive Indie/Folk style with Latino influences. “To be selected out of 350 more eligible performing artists was a huge kickstarter for me, pushing me into that ‘you can do this too’ territory. Beth and the other artists saw me as someone I’d not yet become, but who I wanted to be, so it was a real re-defining and re-inventing time for me.” 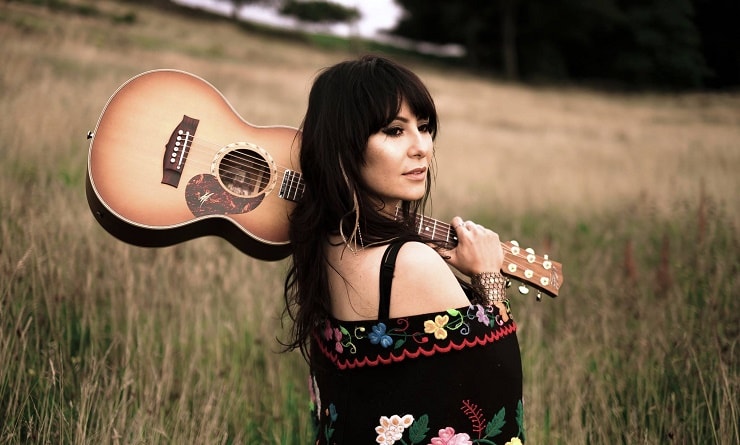 Vanessa grew up in Bradford, Yorkshire but her mother was abandoned in the Colombian jungle as a child and survived with monkeys before being rescued – yes really! This in turn affected Forero’s own childhood and upbringing. “I suppose being raised by a resilient, survivor type mama made us a not-so emotionally led family, so time on the piano became my only real space where I could let all of me out. I liked living in the shadows as a child, almost fearing my own voice, so I probably spent more time learning to talk on the piano than any other way. We’d talk for hours and hours about everything, everything I wasn’t bold enough to express with words out loud. Even still, my expression through music has always been in a background, hidden kind of way as a screen composer or keys player. Now after facing a few fears, I’ve literally ‘found my voice’ on the other side and discovered there’s a lot I want to say over here.”

Vanessa has been on a personal journey as well as a musical one in the last year and feels she has a lot she wants to get off her chest in her forth-coming EP.