American singer/songwriters Brett and Brigetta are a brother sister duo. The two are five years apart, but when it comes to music there is no age difference. While Brett is the engine that drives their music, as he produces and engineers their songs, the synergy of both of their ideas and talents are expressed in their sound and music. “ It is easy and natural to work together. We see eye to eye on so many levels not only as siblings, songwriters, producers, but life in general. Our dream is to take what we hear in our heads, put it in a song, and share it with the world. We love music, we love people, and we love to perform.” Creating music is way of life for The Truitts. After four years of building a fan base through social media, the Nashville brother-sister duo Truitt is making it official: They’re a pop band with something to say – and two voices to say it. Brett Truitt, 22, describes their first single release, “Throne” as a song about being content outside of a romantic relationship. Brigetta Truitt, who is 17 and finishing high school through online courses, carries lead vocals on the song, with Brett lending harmony and additional instrumentation. They have co-produced the new music with Jon Santana, who has worked with CAPPA, JMR, and DJ 4B. 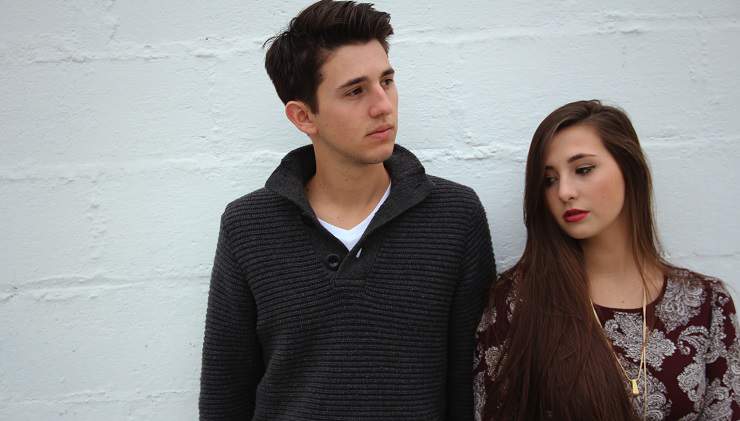 Following the release of “Throne,” they’re planning a Truitt EP in the fall, and touring in 2017. It’s unlikely they’ll make CDs, at least at first, so they can focus on the digital release. “That’s how we consume music,” notes Brett, who is taking occasional online college courses following a year and a half of university in Lakeland, Florida. “What we wanted to do is really put ourselves on platforms where we discover music. That’s what we want to put our focus on. Because we feel if that’s how we discover music we like, that’s how people who would like us will also discover our music.” Brigetta says, “Since this is our first release, we’re not looking to make bank on it. You know what I’m saying? That’s materialistic. We’re just looking for exposure and to connect with our fans. Right now, we’re focusing on how big can we make this? And how many people we can reach and affect, as opposed to only thinking how much money can we make?”

Although it’s the norm to have just one lead singer, both members of Truitt are confident that emphasizing two personalities is the right thing to do. “With the new project, we really wanted to make it two distinct positions, where she leads songs and I lead songs, which is something we haven’t done before. Kind of going off the DJ culture where different artists feature on every track,” Brett believes. “What I really like about this change is that in country I was the lead singer with some harmonies, and now we’re doing this alternative switch between us,” Brigetta concludes. “The guys love my perspective on something, and the girls love Brett’s perspective. You get those two totally different points of view. You can reach different audiences with those two voices, that’s something that we’re honing in on and that we’re really excited about.”

Speaking on the track, Truitt says: “‘Throne’ is about turning away from toxic relationships and standing on your own. In the past, we’ve felt the need to always be in a relationship, even if the person wasn’t right. This song is the turning point and finding happiness in being alone. We hope others feel the same sense of self-confidence we get when hearing the song!”