Influential, now legendary, female-focused zine Venus (RIP) referred to the 2006 debut Trentalange album Photo Album of Complex Relationships as “disturbing music for disturbing times,” and while the times might still be disturbing, Barbara Trentalange is writing from a more joyous place than before. Her “mix of Annie Lennox’s most sinister growl and PJ Harvey’s vocal anguish” (also noted by Venus) remains, but becoming a mother since the release of her most recent album Awakening, Level One in 2009, has changed Trentalange’s mood. Fans of the artist’s work will not miss her sensitivity to the human soul, as her deft hand at drawing character studies continues throughout Same Illusion, her upcoming third album, scheduled for release on January 28th, 2014. And while Trentalange’s songs are still dark in timbre on the new record, they now shine with glimmers of brightness that revolve around themes of love, longing, and spirit. Sonically, the tunes reflect this new light, as well. “I wanted to draw on my love of soul music and singer-songwriters for this record,” Trentalange says of “Same Illusion”, listing Dusty Springfield, Stevie Wonder, Dolly Parton, Lou Reed, Nina Simone, and Bruce Springsteen as artists that influenced the tightly focused album that draws much of its precision from Trentalange’s disciplined work ethic. 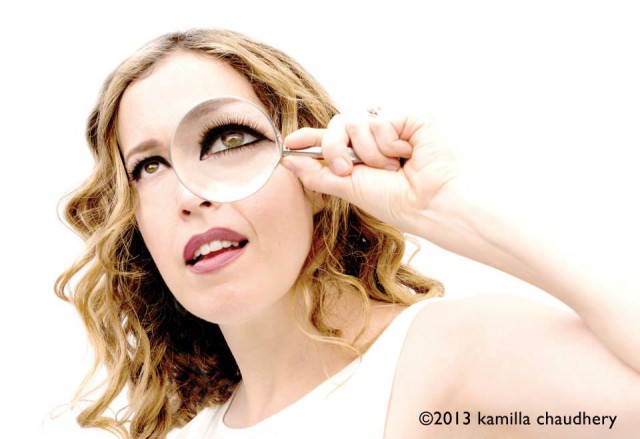 After five years as frontwoman for the darkly sophisticated Seattle-based band Spyglass, Trentalange already knew what it was like to work around other people’s schedules, but the creation of “Same Illusion” put these skills to an even greater test. “I needed to wait until my daughter was in pre-school before I could concentrate on writing again,” she says of her new life as both artist and mother. “And once she was in school, I treated making this record like a day job. Every morning after dropping her off, I would have four hours to work on writing and recording simultaneously. When the time was up, I had to walk away.” The new process gave Trentalange a fresh perspective on her work, which turned editing her rough batch of songs into a cutthroat experience. “I threw most of it out,” she explains of how 30 songs were whittled down to the final eight that made the record. “I didn’t try to salvage something if it wasn’t working.” Ultimately, these brutal decisions for her make for an easy and seamless experience for the listener. As with all previous Trentalange records, “Same Illusion” was produced by Martin Feveyear (Brandi Carlile, Mark Lannegan, Jessie Sykes), who Trentalange met during her time as a touring member of Crooked Fingers. The first single from the album is “Reconnected,” a very personal tune that speaks directly to what makes “Same Illusion” a bright light in Trentalange’s growing catalog. “By exploring my emotions and being honest with myself, I’ve been going through a long process of healing,” she says candidly of her recovery from clinical depression. “’Reconnected’ is about this journey towards forgiving myself for all of the self-destructive beliefs I have been holding onto, and learning to love my spirit again.” Of the album’s intriguing title, Trentalange explains that “Same Illusion” is “an acknowledgment that reality is just a distortion,” a frank but true acceptance of life being what we make it. As heard on this latest album of songs, it seems that Trentalange is making it well. “Same Illusion”, the latest album by Seattle-based songwriter and musician Barbara Trentalange is scheduled for release on January 28th, 2014.