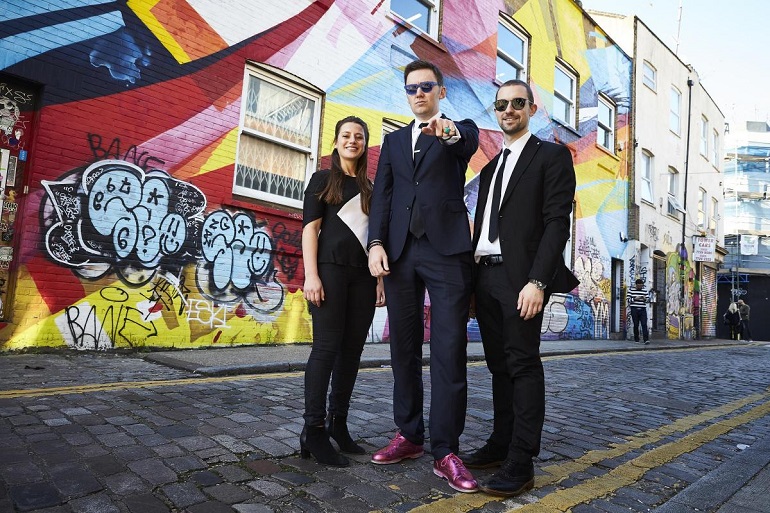 The Tomicks are a new rock n’ roll band from London. Hugely inspired by the ’60s and ’70s, Tom Cridland, Nick Whitehead and Debs Marx came together with the aim of trying to recapture the magic of pop music from those decades.

Lead vocalist, songwriter and drummer, Tom Cridland, met his girlfriend, Debs Marx, at Bristol University in 2009 and, upon graduating in 2014, the couple started a fashion brand, Tom Cridland, with a small government loan and developed a friendship with one of Tom’s heroes, Elton John’s longstanding drummer, Nigel Olsson, through making him clothing.

Inspired by Nigel to take up playing and singing, they then met Nick Whitehead, a piano player and fellow rock n’ roll fanatic in 2015, at an Elton gig. Nick and Tom started jamming together, then writing together in 2016, subsequently forming The Tomicks, together with Debs.

The band were so happy with their original material that, using money Tom and Debs had saved up to buy a house with, they self-funded sessions to record an album at the legendary Village Studios in Los Angeles in February 2017.
http://www.thetomicks.com/home