Way of the Dragon (Chinese: 猛龍過江, released in the United States as Return of the Dragon) is a 1972 Hong Kong martial arts action comedy film written, produced and directed by Bruce Lee, who also stars in the lead role. This was Bruce Lee’s only completed directorial effort. The film co-stars Nora Miao, Chuck Norris, Robert Wall and Hwang In-Shik. The film was released in Hong Kong on 30 December 1972. Bruce Lee formed his own production company Concord Production Inc. with Golden Harvest founder, Raymond Chow. The film set a new box office record in Hong Kong. It ranked #95 in Empire magazine’s list “The 100 Best Films of World Cinema” in 2010. In 1978 a sequel was released called Way of the Dragon 2. Wikipedia®

Way of the Dragon, released in the United States as Return of the Dragon, is a 1972 Hong Kong martial arts-comedy film written, produced, and directed by Bruce Lee, who also starred in the lead role. The film was Lee’s directorial debut, and featured co-stars such as Nora Miao, Chuck Norris, Robert Wall, Hwang In-Shik, and others. Wikipedia®

Plot: A man visits his relatives at their restaurant in Italy and has to help them defend against brutal gangsters harassing them. 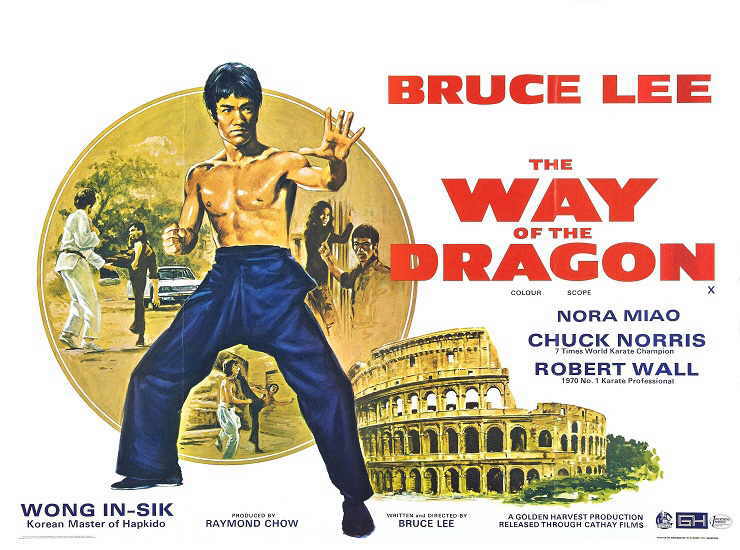