Skip to content
Home » Music » The Molochs: Too Lost In Love

First, let’s meet back up with the Molochs—you remember them, right? Their America’s Velvet Glory was the earliest burst of light and energy to hit in 2017, an album of electrified rock ‘n’ roll like Dylan and Lou Reed by a band named after the Ginsberg-ian glutton god who demanded the sacrifice of all things good and pure. But now it’s 2018 and Moloch himself is fatter and happier than ever, so the Molochs couldn’t just make another record. After Glory showed the world who they were, they needed to make an album that showed what they could do. So Flowers In The Spring is where the Molochs worked harder, thought harder and fought harder to be the kind of band that the times demand: “I like to think the world just needs some good solid songs out there,” founder Lucas Fitzsimons says. “It’s simple. It’s not easy … but it’s simple.” 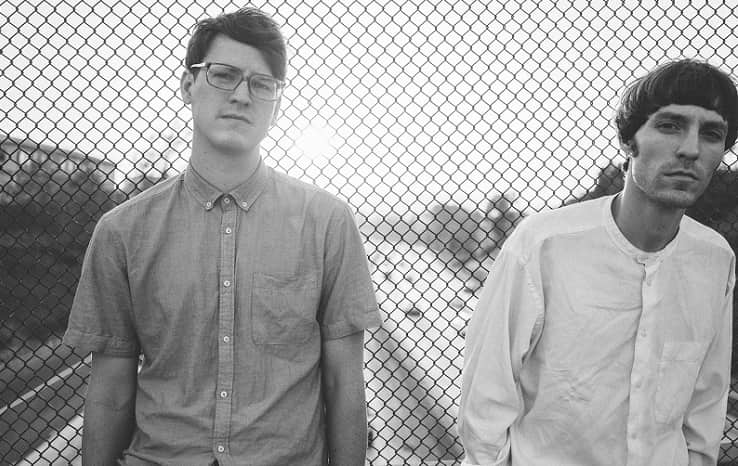 America’s Velvet Glory, their first-ever record for L.A.’s Innovative Leisure label, had sparked their first-ever U.S and European tours, first-ever festival sets, first-ever international press and more. (Mojo even said they’d made one of the year’s best albums—“Any year!”) Follow-up Flowers bloomed almost exactly a year later at Long Beach’s Jazzcats studio between December of 2017 and January of 2018, where Fitzsimons and longtime band member Ryan Foster had recorded Glory. By the time they’d returned, they had a slate of songs that had come to Fitzsimons in flash moments, written on nerve-wracking transcontinental flights or on isolated nights in an L.A. apartment, captured at once in bursts of insight or rescued from almost-abandonment in discarded notebooks. As on Glory, inspiration from Syd Barrett, Dylan, Nikki Sudden and kindred spirit Peter Perrett of the Only Ones was at work, but the Molochsare endlessly (appropriately?) ravenous when it comes to things to read and listen to and learn from. On Flowers they’d refine and recombine their sound, working in that long tradition of poets who cover (or discover) themselves in pop songs. “To Kick In A Lover’s Door” blows Flowers open with the wit and precision of the Go-Betweens, and “I Wanna Say To You” draws more from some of Creation Records’ dreamiest dreamers than it does from any esoteric 60s howlers. “Flowers In The Spring” and “Pages Of Your Journal” could be two lost Kinks singles from two different Kinks eras—that Ray Davies-ian venom stays the same, of course—and the charming/disarming “Too Lost In Love” makes feeling down sound like cheering up, just like the Clean did.

The Molochs: Too Lost In Love

Yes, they do have their first-ever string section here, and that could confuse some people. (“People go, ‘Wow, it sounds more mature.’” says Fitzsimons. “What kind of boring shit is that?”) But Flowers isn’t a grown-up album or a show-off album or a break-up album or a just-had-to-make-another-album album because the Molochs don’t pick targets that tiny. Love and disgrace and life and death blur and bleed into each other, but at the core of Flowers is a story about standing against the inhuman by being more human, however messily honest that needs to be. (Or like Fitzsimons sings at the end of the record: beware that “determination by a whole / to destroy the human soul.” Funny how that comes in a song where he claims he can’t explain everything that happens to him, because he sort of just did.) So consider their new Flowers In The Spring a meticulously plotted counterattack against all things Moloch-ian, with clear, concise, immediate, undeniable, simple, direct pop songs, says Fitzsimons, each sharpened enough to cut through anything it touched. That’s what he needed to do, he says, because that’s what felt most true. Maybe it really was that simple, even if it wasn’t easy. Like he’d explain in a song with just seven words: “There’s something I wanna say to you.”

‘Flowers In The Spring’ will be released on the LA indie label Innovative Leisure on 7th September 2018.

The Molochs: Too Lost In Love Lyrics: