Skip to content
Home » Trainers » The Legend Of Korra Trainer

The Legend Of Korra Trainer. The Legend of Korra is a 2014 third-person Beat ’em up video game being developed by Platinum Games and published by Activision, based on the animated television series The Legend of Korra. It was released on 21 October 2014 for Microsoft Windows, PlayStation 3 and PlayStation 4, and on 22 October 2014 for Xbox 360 and Xbox One. The game is one of two video games being developed based on the same plot from the series. The other, The Legend of Korra: A New Era Begins, is a turn-based strategy game for the Nintendo 3DS. Players controls Avatar Korra, the series’ heroine, as she fights villains from the first two seasons of the series with the bending arts, a spiritual and physical practice similar in appearance to Eastern martial arts by which practitioners move and alter the elements of water, earth, fire and air. The Legend of Korra is a third-person action game, supporting single-player play only.[6] It allows Korra to switch between four different elements on the fly, each with their own combat styles and special moves. Airbending mode makes her move faster and perform various long and close-range moves, waterbending emphasizes long-range attacks, earthbending is slow but powerful, and firebending emphasizes speed and close-range moves. Players can swap between elements at any time. Elements can be chained together for combo. The game takes about four to six hours to play through, but it is to contain “a New Game+ of sorts”, as well as minigames based on elements of the series. These include an endless runner with Korra’s polar bear dog Naga,[8] and pro-bending matches, where teams of three try to bend each other out of an arena. This mode, which implements the pro-bending rules depicted in the series, will be available after completing the game, with the player controlling the “Fire Ferrets” team made up of Korra and her friends Mako and Bolin. Wikipedia®. 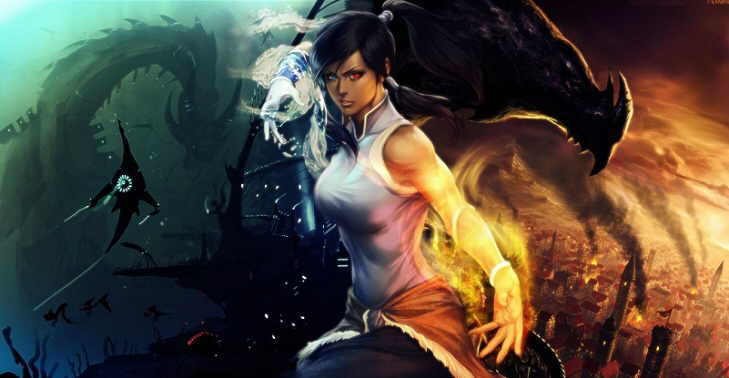 The Legend Of Korra Walkthrough