The Dirty Youth are a female fronted quintet setting their sights on world domination. Not nestling in to one specific genre is their gift, as they blend rock anthems with metal riffs and a punk attitude. The Dirty Youth released their debut album ‘Red Light Fix’ in late 2011 via Universal. Mixed by Martyn “Ginge” Ford at Nott-in Pill Studios (home to Slipknot, Bullet For My Valentine, Trivium etc.) The Tracks were then sent to be mastered at Sterling Sound in New York who have mastered albums by the likes of Elvis, The Beatles, Aerosmith, AC/DC, Bon Jovi, Michael Jackson and now The Dirty Youth! The Dirty Youth have made many festival appearances including Getaway Rock Festival (Sweden) and Download Festival 2011. Last year saw TDY support Reckless Love on their UK tour. In 2012 they have supported KORN in Europe, played a triumphant set at Download Festival and shared the stage with the likes of Bruce Springsteen and Iggy Pop at Hard Rock Calling. To cap it all off The Dirty Youth embarked on an epic 5 week tour of Europe and the UK as sole support to The Rasmus picking up fans across the continent. 2013 has started with TDY named as one of “The new bands you love the most” by Kerrang! readers – indicative of a very big year ahead for them! The band will be continuing this relentless assault building their army of followers across the globe!

With the release of Alive, as well as a major tour across Europe with fellow Brits Glamour of the Kill and Heaven’s Basement, The Dirty Youth are fast approaching the forefront of the UK rock scene. 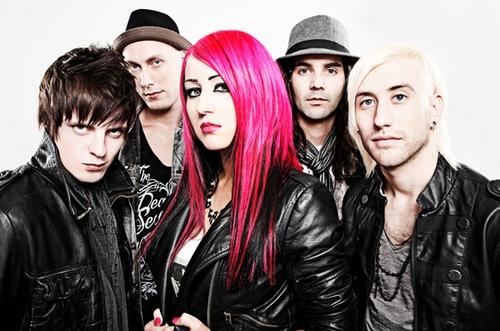