Annie Erin Clark (born September 28, 1982), better known by her stage name St. Vincent, is an American singer-songwriter and multi-instrumentalist. She began her music career as a member of The Polyphonic Spree and was also part of Sufjan Stevens’ touring band before forming her own band in 2006. Clark currently resides in Manhattan. Her debut album was Marry Me, and was followed by Actor (2009). Her third album, Strange Mercy, was released on September 13, 2011. On September 10, 2012, she released a collaborative album with David Byrne titled Love This Giant. Clark has opened shows for such acts as Television, Arcade Fire, Andrew Bird, Jolie Holland, John Vanderslice, Xiu Xiu, Death Cab for Cutie, Cristina Donà and Grizzly Bear. She worked with Bon Iver on the song “Rosyln”, which appeared on the film soundtrack of The Twilight Saga: New Moon. She also worked with Kid Cudi on the song “MANIAC” for his album Man on the Moon II: The Legend of Mr. Rager along with rapper Cage. Wikipedia®.

From the self-titled album ‘St. Vincent’ in stores Feb 24 (UK) / Feb 25 (US). Pre-order December 10th from iTunes and download “Birth In Reverse” instantly. 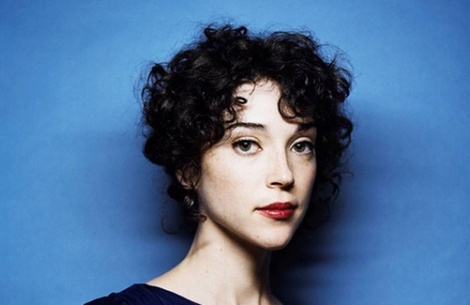