Skip to content
Home » Music » Spanish Gold – Out On The Street

The debut album from Spanish Gold, South of Nowhere, will be released May 27 on BMG/Del Mar Records. The trio is made up of drummer Patrick Hallahan (My Morning Jacket), guitarist Adrian Quesada (formerly of Grupo Fantasma) and guitarist and lead vocalist Dante Schwebel (City and Colour, formerly of Hacienda). Rolling Stone recently premiered the album’s first single, “Out On The Street,” praising, “…every once in a while, you come across the real deal. Such is the case with Spanish Gold’s ‘Out on the Street,’ a heady number that slinks along like Rockwell’s ‘Somebody’s Watching Me,” trading in synth-goofiness for tight bursts of Black Keys guitar.” Texas Monthly calls the band, “…groovy and muscular—like a cross between the Black Keys and the Black Angels—with an undercurrent of sixties soul and early hip-hop.” South of Nowhere was produced by the trio along with Collin Dupuis (JEFF the Brotherhood, Bombino) and was recorded by Dupuis at Dan Auerbach’s Easy Eye Studio in Nashville and at Lalaland in Louisville. Additional recording was done with Jim Eno (Spoon, Poliça) at Public Hi-Fi in Austin and Sam Patlove (The Octopus Project) at Big Orange in Austin.

Spanish Gold – Out On The Street

Of making the new album, Schwebel comments, “We kept finding that we had a lot of the same reference points during the recording. It became evident that we were still children of the MTV era. We grew up with MTV when it was still a music channel. The way that the programming crossed genres from R&B to hip hop, rock, soul and pop music is how we approach records. It’s an album of all those styles. Like watching a random hour of MTV programming circa 1986-1996. It’s a nod to Michael Jackson, Dr. Dre, Madonna, the Beastie Boys or Tom Petty, all with a Texas border town setting. It all adds up to a fun listen that you can keep on repeat.” 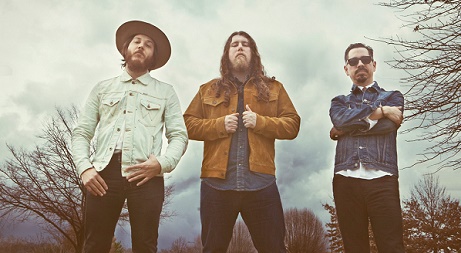