“Music is emotional. Your job is to make people feel something. The best way to do that is to sing and speak from something they’ve personally been through. That’s where I write from,” Amber ‘Sevyn’ Streeter says. The 26-year-old has already lent her pen to tracks for an elite roster of R&B players including Chris Brown, Brandy, Kelly Rowland, Alicia Keys and Estelle. But today, she is perched atop a control board at Hollywood’s famed Record Plant Studios previewing tracks from her as-yet-untitled Atlantic Records debut. Raised outside of Orlando in the close-knit city of Haines City, Streeter — like so many of the greats before her — cultivated her voice in church as a young girl finding inspiration from already iconic voices in gospel, R&B and pop. When asked who influenced her the most, she lights up as she quickly rattles off an impressive list: Yolanda Adams, the Clark Sisters, Kim Burrell, the Winans Family, Micheal Jackson, Celine Dion, Brandy and, naturally, Whitney Houston. 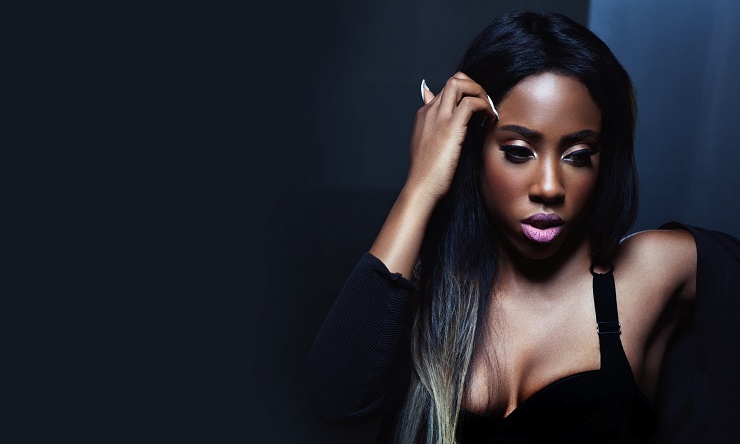 By the time she was nine, Streeter already knew she wanted to sing for a living. She competed on the legendary talent show “Showtime at the Apollo” at the young age of 10. Opting to sing “My Funny Valentine,” she tied for first place. She eventually inked a deal with an Orlando production company and as a teenager landed a spot in TG4, the all-girl answer to B2K. Though the girls opened for Bow Wow and B2K and landed a single on the charts, it didn’t quite work out.After being convinced by her cousin to put the music she was writing and recording on her own on MySpace – he did it himself after he couldn’t sell her on the idea — she heard from producer Rich Harrison (Beyonce, Amerie, Jennifer Lopez) about a group he was hoping to put together. He would call the group RichGirl. The four-piece had the harmonies of Destiny’s Child, the hard beats of TLC and the sultriness of En Vogue. And while Streeter and the girls built a loyal fanbase with a handful of hard-knocking singles, a number of tracks that leaked online, and a plum spot opening for Beyonce on her 2009 tour, the girls disbanded and their Jive Records debut never got released.

“We were together for four really long, beautiful years. The label was going through a change. We can’t pinpoint or put it all on one thing in particular,” she admits. “It came down to we love each other, we love music, so let’s just not stop whether we are together or apart.” The group shared management with Chris Brown, which gave Streeter the opportunity to spark a working relationship with the famed singer and performer. She helped him pen six songs on his Grammy Award-winning album, “F.A.M.E.” including singles “Yeah 3x” and “Next to You” and four tracks on Brown’s follow-up effort, “Fortune.” More importantly, her voice can be heard on both albums, and countless others that have hit the Internet. Having demoed records for Chris Brown and other major artists helped to set the stage for the next phase of Streeter’s career: “One day we were sitting down listening to records and we thought, maybe we should think about the solo thing. We had songs that we liked and thought were strong. We thought it was time.” Streeter got the attention of plenty of major labels, but she landed at Atlantic Records — “All of the labels were good, but Atlantic is the place that felt right,” she offers with a wide grin – where she has begun drafting her debut.

She’s only just started but what she sampled at Record Plant deftly updates the sweet era of 90s R&B where strong female voices such as Mary J Blige, SWV, Mariah Carey and Brandy – whom the singer jokingly refers to as a “God” – found the delicious balance of lush, soulful harmonies over beats soaked in swagger. Her debut single, “I Like It” is a thrashing anthem ripe with sweeping hooks, blistering vocal runs and the type of pulsating bassline that DJs, and listeners in their car, will dial up to the max. The Harmony BOE produced track is the perfect introduction to Sevyn the solo artist and an incredible tease to what’s in-store for the debut. Songs like “Night Shift,” offer a sexy throwback to the hard knock of the 90s urban textures, while “Love in Silence,” which was penned by Streeter and Chris Brown, taps into a dripping electro groove and she dials up the tempo on “Dance Sex Love,” another shiner. Her vocal prowess is undeniable, especially when she commands ballads and showcases her vulnerability and a range that could only be inherited from the church. 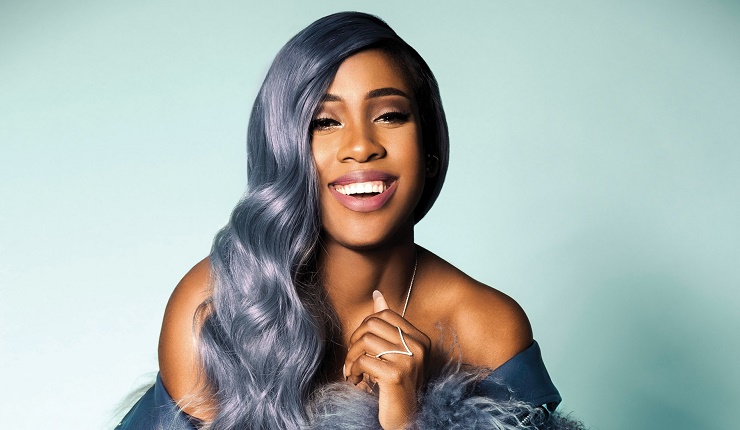 “If it feels rock ‘n’ roll, I want you to feel that. If it feels 90s R&B-urban, I want you to feel that. If it’s a little country, or alternative, I want you to feel that. I just want people to feel what I feel,” she says of the influences she plans on drawing from for the record. Streeter is in no rush to get the album out as she admits she is a perfectionist. Her moniker is derived from her birthday (July 7) but also references the biblical meaning of perfection and completion. “I’m a perfectionist to a default. I will drive you crazy sometimes. When I’m recording I will try something a trillion times to get it right.” “What I’ve learned is you can’t always control the order of things. Growing up I always wanted to be a singer, and I’ve done that. But over the past three years I’ve been a writer. I’ve been in RichGirl. I’ve had the honor to be in sessions with great artists,” she says. “We want people to be able to listen from top to bottom. We definitely won’t have them waiting forever.”

Sevyn Streeter: Love in Competition Lyrics:
Usually when I call you at 3 o’ clock in the morning, you just pick up
And every time at around 12 o’ clock on your lunch break
When I text you, you hit me back
Then yesterday when I saw your best friend around the corner
Asking about your whereabouts
He said he thought I was with you, I was at my mama house
And you wasn’t there, you wasn’t there

I bet she don’t she look like me, I bet she don’t cook like me
I bet you her sense of humor ain’t on, she ain’t making you laugh like me
Bet you your cousin sister, your mama, auntie, you don’t love her like me
What if she ain’t or what if she is, if she really even exists

If she is or if she ain’t, there’s something I just gotta know
You’ve been on that new shit lately, swear I don’t know you no more
Used to feel like summer but lately you’ve been feeling so cold
Something like a tundra coldest winter ever felt before