Sego, the L.A.-based duo of Utah-bred Spencer Petersen and Tom Carroll, continue to churn out some of the smartest, party-ready art-punk around. Leading up to the release of their full-length debut “Once Was Lost Now Just Hanging Around” (out March 4 via Dine Alone), Sego have unveiled the lead track “Obscene Dream,” of which they say is “about ruts, unawareness, laziness,” adding apologetically, “The title would connote something more provocative. Sorry, but there’s already plenty obscene content in the world (wide web).” 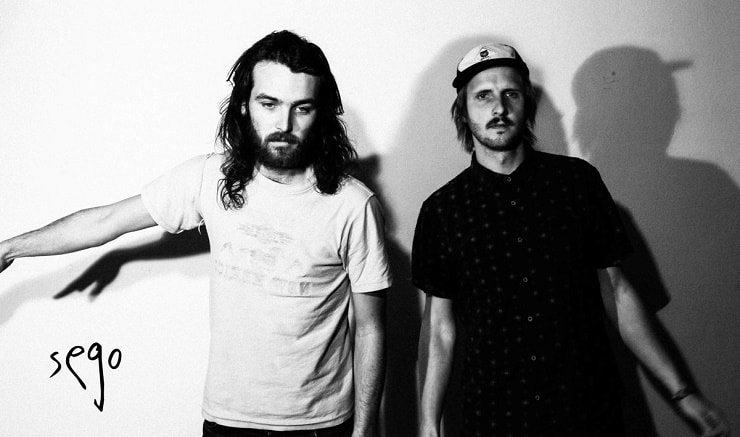 Like the best work from their two EPs, “Wicket Youth” and “Long Long Way From the Fringe,” Petersen and Carroll cobble together guitar scribbles, relentless beats and synths that sound like they’ve gone a few rounds with a UFC champ to accompany Petersen’s laconic speak-singing. “Note to self / The odds of making something from nothing are not in your favor,” he deadpans, and ain’t that the truth. The duo have collaborated with GIF artist Gustavo Torres (aka Kidmograph) to make visual loops for the songs on the album too. Maybe GIF-pop will become a thing? Sego’s album party on Feb. 16 on the rooftop at downtown’s Ace Hotel will feature a GIF art installation, if you’re curious to get your frame on.

Propelled by an electro-punk sound that has drawn comparisons to LCD Soundsystem, the duo of Spencer Petersen and Tom Carroll still consider staple indie rock like Beck and Pavement among their influences and stick to classic instrumentation when they’re playing live. As you might have guessed given the name of their wordily titled album, Sego’s explosive sound is matched with plenty of lyrical wordplay and stream-of-consciousness musings. The first sonic sampling arrives with album opener “Obscene Dream.” Spacey synths, frenetic percussion and distorted shout-singing come together in the instant party-starting anthem. It’s been paired with a visualization that adds an extra level of trippy fun, courtesy of artist Gustavo Torres.