Satellite Citi are an alt hard rock two piece band hailing from Los Angeles, California. Anna Gevorkian (vocals/drums) and Shaunt Sulahian (guitars/backing vocals) are successful in pushing forth elements of multiple genres to create a truly unique and dynamic realm of sound. Combining Gevorkian’s melodic vocals and funk rock drumming style with Sulahian’s dynamic guitars and background in heavy metal, Satellite Citi resurrect the rock genre with a fresh and modern delivery. Formed in 2015, the name Satellite Citi derived from the notion of a city where people communicate thoughts through their satellite minds. 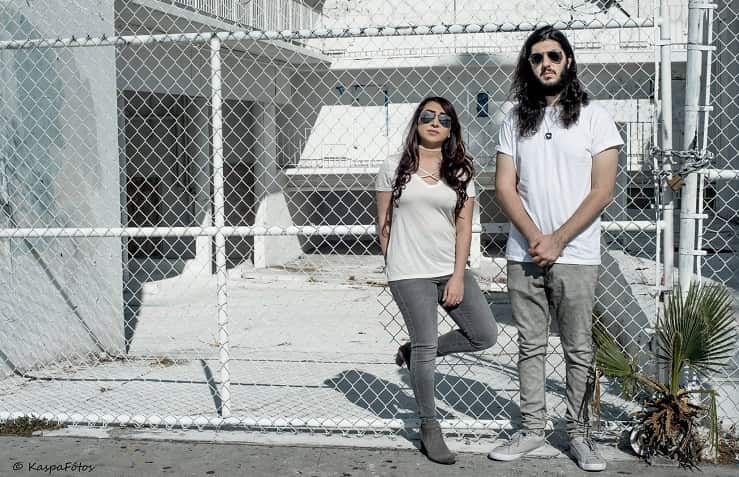 After working on previous solo projects, the duo realized their future of collaborating together. They teamed up with famed rock producer, Brad Wood (Placebo, Smashing Pumpkins) in creating their upcoming debut EP, Negative Space. It is inspired by topics which motivate them lyrically, from societal issues and corruption of politics, to battling internal demons and struggling to find solace. Gevorkian reveals, “the underlying theme in our music would be overcoming negative energy, hence the EP title, Negative Space. We want our music to encourage people to stand up when they’ve fallen”. Despite Negative Space being a raw, rock and roll EP filled with relentless energy and growling guitars, it thematically features sensitive and introspective subject matters.

Leading single ‘Undead’ showcases the band’s use of composing music to bring people together and help those in a time of need. The inspiring music video for this single, directed by Powell Robinson and Patrick Young, follows a despondent LGBTQ youth after they’ve been kicked out of their home and constantly harassed by their peers. The video takes an unexpected turn and shows Satellite Citi joining forces with the youth and defeating every metaphor in their path, united as a team. Second single ‘Pyramid’ features dynamic heavy guitar riffs and melodic stormy vocals. The song details the massive gap between rich and poor and the power of corruption in modern society.