Saints Row: Gat out of Hell Trainer. Saints Row: Gat out of Hell is a 2015 open world action-adventure video game developed by Volition and High Voltage Software and published by Deep Silver. It was released for Microsoft Windows, PlayStation 3, PlayStation 4, Xbox 360, and Xbox One. The game is a standalone expansion to Saints Row IV, meaning players do not need a copy of Saints Row IV to play Gat out of Hell. The PlayStation 3 and Xbox 360 versions were released as a digital download through PlayStation Network and Xbox Live Arcade. The PlayStation 4 and Xbox One versions also see a release bundled alongside Saints Row IV: Re-Elected. The player controls Johnny Gat or Kinzie Kensington in the open-world sandbox. Gat out of Hell shares many gameplay aspects with the previous installments, being primarily played as a third-person shooter in an open world city scattered with quests, secondary objectives, and various collectibles. Superhuman abilities return from Saints Row IV. Gat out of Hell introduces “angelic flight”, giving wings to the player. Unlike past Saints Row games, players cannot customize the playable characters; however, by importing a Saints Row IV save, players can import their custom Boss character to replace the default Boss. Unlike game progression in previous titles, players advance through the story by completing activities to fill a “Satan’s Wrath” meter, which unlocks cutscenes and further story elements. Gat out of Hell takes place in an open-world new to the series, New Hades, made up of five islands: Shantytown, Barrens, Downtown, Forge, and the Den, all surrounding a central tower on a middle island. 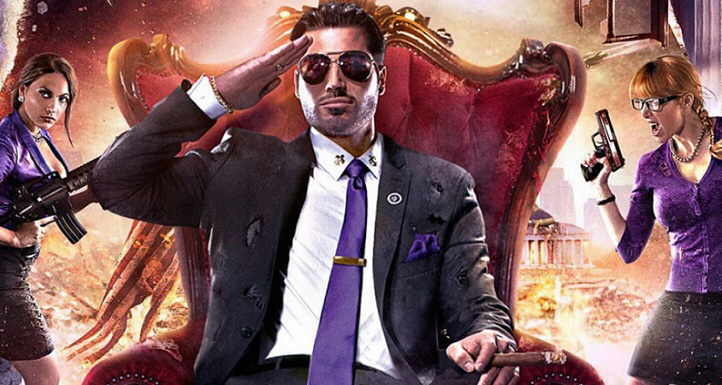 The plot revolves around the leader of the Saints being captured by Satan, intending for them to marry his daughter, Jezebel. Following them into Hell, Johnny Gat and Kinzie Kensington must reunite with deceased enemies from their past as well as former Saints in order to stop Satan and rescue the Boss.