After their debut release, Hoon, in 2019, Run Run Run have established themselves as one of the most exciting psychedelic groups in China. Returning a year later with their self-titled follow-up to that earlier release, Run Run Run feel relaxed and more than willing to mess with the formula set out on their debut. With their second release, Run Run Run, the group come back with something totally different, which, given their propensity for exploration, fans shouldn’t really be surprised by. If anything, Hoon gave us the sense that Xiao Dou and his bandmates are happiest and at their best when experimenting with new sonic ideas. 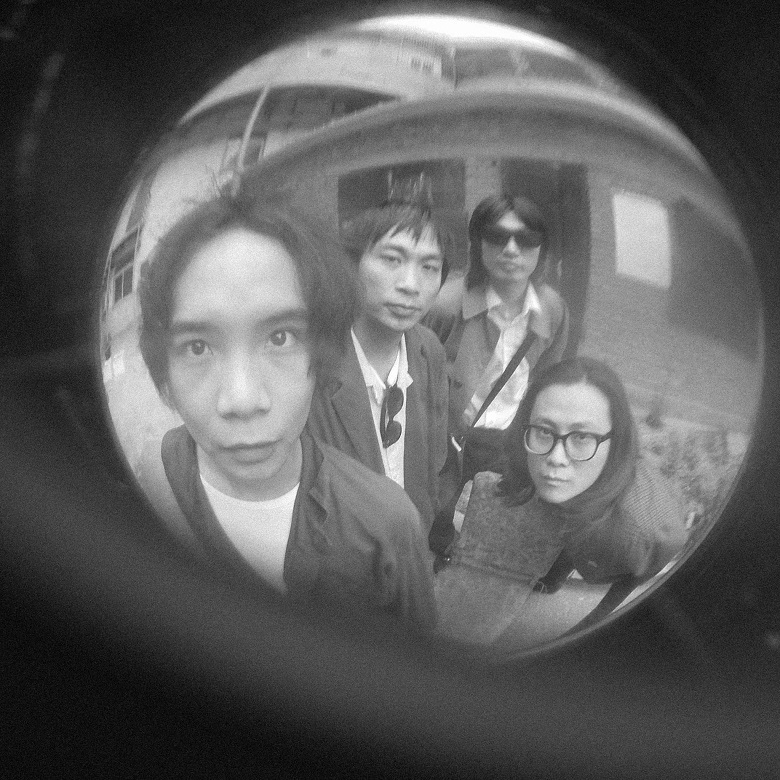 While Hoon bore the hallmarks of gothic southern and tropical landscapes, owing to the fact that many of the songs had been written during band leader Xiao Dou’s time living in Guizhou province, Run Run Run kicks into gear with something quite unexpected, a spoken word anthem with jangly guitars supporting reverberating vocals from Zhao Kai. The music on Run Run Run has the tendency to cut cleaner and more direct than Hoon. The guitar lines are more direct, and on tracks like 7P47DZZ, Run Run Run sound more like The Fall with their plain-stated, albeit sardonic, songs, rather than the idiosyncratic aestheticism of The Velvet Underground, whose 1967 track gave the band their name.

One of the other big changes on this new record is the broad use of keyboard synthesizers from Xiao Wen and Xiao Dou which sometimes sound like organs within the absurd atmospherics of the album’s tracks, although at other times they are in place merely to provide an electrified backdrop.

On Audi, we open with organs played amid a heavy, heaving atmosphere. The vocals come in and give the game away, with Zhao Kai doing his best baritone and further establishing the insidious nature of the track. The combination of these three effects could very easily result in something altogether too kitsch, but Run Run Run make it work, make it, in many ways, majestic and cinematic.

Add to that the impression that this album was made with the trappings of modern life in mind (see song titles like 5G and ?? or Electric Mountain for reference) and there’s a sense that the addition of these widely used synthesizers, alongside what you might term as a motor guitar line, is in itself a sardonic comment on the state of the world, worthy of The Fall.

For a band who have ostensibly dwelt so much on nature, on the psychedelic wonders hidden in the Guizhou countryside, this sense of rumination on the electric devices that have come to spoil the idea of wilderness, and of intentionally getting lost, makes sense. 5G at times buzzes with a building current of static noise reminiscent of David Bowie’s Heroes. It serves as an astute sonic addition to a guitar line that seems to be seeking for something, and, as such, serves as a reminder of the electronica and hardware that we can no longer escape from in the modern world. There’s something melancholic to the track, despite its buoyancy, built on the back of these wondrous guitars and the Bowie referencing static.

It’s also testament to the group’s own dealings with modern life, an outline of which comes in accompaniment to the release of the first single off Run Run Run. Speaking to the music and the music video for Dictated H, the group writes about the mundanity of their day-to-day lives, in which they think about Cantopop and how to make their songs heavier in the brief moments of decompression and calm after work.

While Run Run Run remain as full of surprises and open to new musical ideas as they ever have been, on this album their ability to play with ideas and to create witty commentary on modern life once again comes to the fore.