When you think of soul music, “attitude” isn’t the first thing that always comes to mind. That’s not to say the genre couldn’t use a little spunk though—especially in this day and age. hankfully, Los Angeles singer Raquel Rodriguez and her band, The Big Guys, play soul how it was always meant to be played. Their 2013 full-length debut Miss Me boasts a collection of impassioned, invigorating, and irresistible songs that are as fresh as they are fiery. Raquel discovered music very early on and became driven to sing and perform. Despite all of her formal training, she charismatically taps into an utterly effusive energy that borders on punk panache. “We want to play loud music with a groove that people can dance and drink to,” she declares. “You’ve got to physically feel it when we’re on stage or in your speakers. It has to be loud, dirty and gritty.” Meeting her six-piece band “The Big Guys” while still attending class, they collectively began pursuing their own “party” in 2011, gigging tirelessly everywhere they could. A year later, the group hit the studio to record what would eventually become Miss Me. With drummer Sam Brawner producing, and engineering/mixing from Keith Armstrong at Chris Lord-Algae’s studio, Mix LA, they injected raw power into the music. You can hear it loud and clear on the first single and title track, “Miss Me”. Blending intricate instrumentation and Raquel’s infectious delivery, the song is something of a call-to-arms. “It’s an anthem,” she admits. “It’s a girl singing about a guy who took advantage of her and didn’t treat her right. Now, because she’s successful, he wants her back. She always warned him like, ‘One day, you’ll miss me’. She was right.”

Elsewhere on the album, “Tell Me It’s Fine” paints a poignant picture via her vivid lyrics and the music’s sultry swing. “It’s about a relationship where both people are really stubborn,” she goes on. “Neither side wants to end it so they stick it out, stay together, and just hope that it’s fine.” For the bonus track “Already Beat”, Raquel and co. worked with Grammy Award-winning producer Andrew Scheps [Adele]. After winning the nationwide 2012 College Battle of the Bands, they received the opportunity to work with the renowned talent. Now, she’s ready to show the world how soul is really done. “It’s only old school in the sense of Marvin Gaye and Stevie Wonder making crowds get up and move,” she concludes. “We wanted to bring our own spirit to something that’s inspired us so much. We hope everyone wants to crank our music as loudly as possible.” Raquel’s merely commenced her journey, and it’s going to be quite a wild ride.

Raquel Rodriguez – Hold On Lyrics:
I needed shelther, your lovin’ arms were there.
My heart was broken, but not beyond repair.
Your magic touch was all I needed,
You were healing my soul.

You didn’t know it, I was afraid to show it.
My pride blocked the way.
I didn’t need you, I told myself I’d leave you.

Well I heard you might be moving on.
Baby give me one more chance to show
That I’ll love you more than you could know.
Baby, I don’t want to be alone.
I can prove to you my love is true
If and only if you stay

I’ll give you anything if it’ll help you know
That he don’t mean nothin’ like he did before.
It was just young love, I was so caught up
Something I just can’t forget.
Oh but I just want you,
Boy I’m not too proud to beg.

Cause I heard you might be moving on.
Baby give me one more chance to show
That I’ll love you more than you could know.
Baby, I don’t want to be alone.
I can prove to you my love is true
If and only if you stay 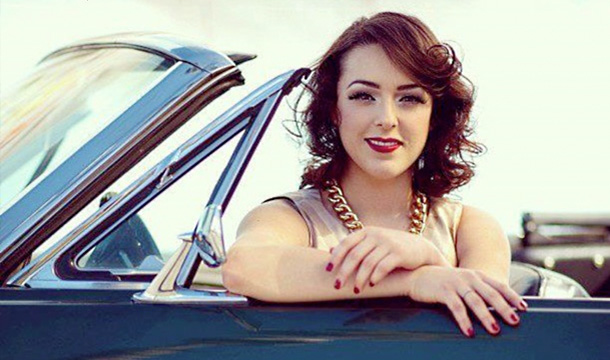