Songwriter Says: “This song was written mostly about a very important night of my life, which was spent on a beach, talking with a man I’d loved until the sun came up again,” Weiss tells us. “I decided to use a few chords from Jeff Buckley’s ‘Lover You Should Have Come Over’ in the chorus and that inspired me to finish the song with him in mind. So, ultimately, it’s about two men that have influenced me greatly: Jeff Buckley and a former love of mine.” 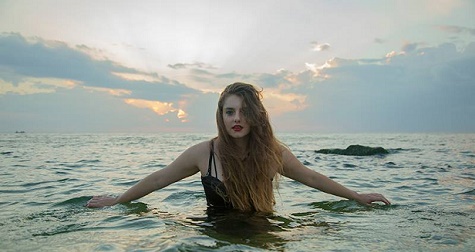