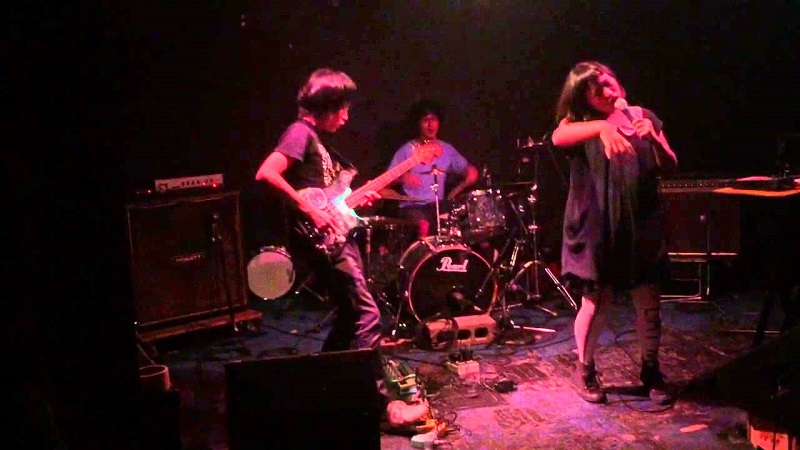 Bassist mikiiii decided to start a project with only the concept of “doing something weird”. Since then, o’ summer vacation has seen several members coming and going, with mikiiii being the only constant, as they played far and wide around Japan. Ami joined the band on vocals, after that, Manu joined on drums. Influenced by bands that “sing with meaningless lyrics and onomatopoeia. For example, ponytail, Cocteau Twins, uuvvwwz” so that “people from every country will hear the same when they are sad or happy”. At this point, o’ summer vacation has shared the stage with emblematic figures of the Japanese underground like Makoto Kawabata (Acid Mothers Temple), Yoshida Tatsuya (Ruins), Green Milk From The Planet Orange, and supported international acts like Czech post-punk band Už jsme doma in Japan.