At 23 years of age, Melbourne-based singer / songwriter / producer Oscar Key Sung has quickly garnered a reputation as one of the most prodigious new talents in Australia’s vibrant indie music landscape. Since exploding out of the scene-defining Two Bright Lakes community as one half of Oscar + Martin in 2010, Oscar has received international acclaim for his refreshingly spacious productions, buoyant performances, and a sumptuous voice that harkens back to a classic lineage of heart-on-sleeve r ‘n’ b frontmen. A seasoned performer across a wealth of festivals such as Falls, Meredith, Sugar Mountain, Melbourne Music Week and coveted support slots with St Vincent, Four Tet, Metronomy and Gotye, Oscar spent the majority of 2012 in the studio; working on his debut album under his Key Sung moniker, whilst also managing a quick succession of eps with his positive hip-hop duo Brothers Hand Mirror. Bringing in 2013 with perhaps his biggest breakthrough yet, Key Sung was handpicked by Mercury Music Prize-nominated mc Ghostpoet and Brooklyn-based artist MeLo-X to produce their debut release as MELOGHOST, ‘WecanWORKitout’. Quickly receiving over 44,000 plays and with further collaborations in the pipeline, Oscar’s latest single ‘WIMLTM’ recently clocked 15900 plays with no associated promotional backing or performances. Now receiving further spins and the tastemaking praise of BBC Radio 6 programmer Gilles Peterson, Oscar Key Sung is now set to bring his starling story to the international stage with two promotional singles “It’s Coming’ and ‘Sure Thing’ already receiving Triple J rotation and with European and US tours planned for late 2013 before his debut LP is released in 2014.

Oscar Key Sung – All I Could Do

Oscar Key Sung – All I Could Do Lyrics: 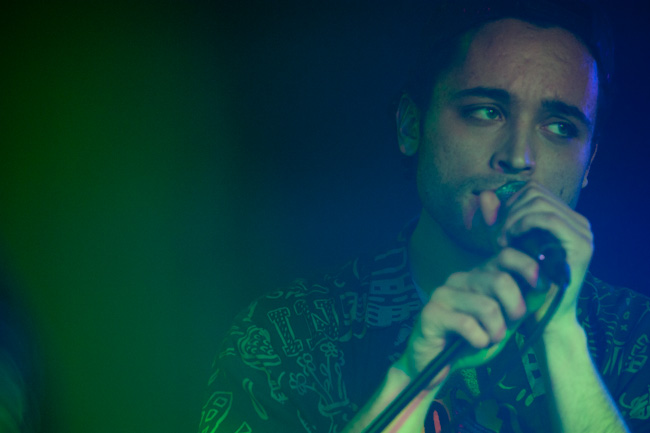