Orcs Must Die! 2 is a tower defense strategy video game that Robot Entertainment developed as the follow-up to the original Orcs Must Die!, with Microsoft Game Studios publishing the sequel for the PC on 30 July 2012 in the United States]. On 2 April 2012, Microsoft announced the development of Orcs Must Die! 2 at the Penny Arcade Expo in Boston (PAX East), with their emphasis on co-operative gameplay as the principal addition over the original. The game takes place a few days after the events of Orcs Must Die!. The Sorceress is hiding from The Mob when mysteriously, a Rift opens next to her. She steps through, and finds herself in the Dwarven Mines, right in front of The War Mage, who now works at the mines. She enlists his help in fighting off the Orcs. The two discover that more and more rifts are opening in different locations. They decide to enter the rift and return to the Dead World. It is revealed that the War Mage’s master had not died; he was still alive, and had opened a small, weak rift to allow the Sorceress to escape and battle the Mob together. After the War Mage and the Sorceress begin to communicate with their master, he explains that he started to open the Rifts again because the world beyond the Rifts could not cope without the magic the Rifts provided. Wikipedia®. 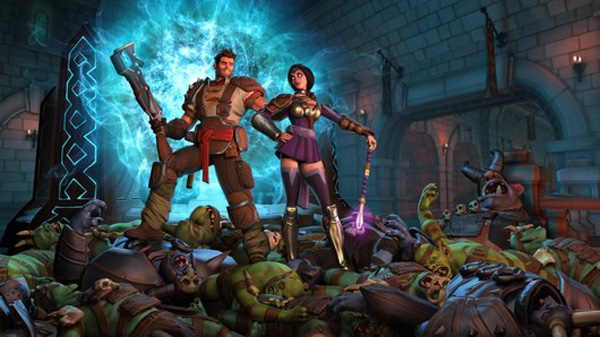