Skip to content
Home » Music » Only Takes A Day: Reach

Influenced by a wide range of music from Bob Dylan to J Dilla, Only Takes A Day combines. spoken word influenced rap lyrics and sung hooks with live instrumentation. Having formed at a house party jam in the summer of 2014, vocalist and guitarist Shaanvir Rehal and percussionist Fabien Waldheim cut a separate path to the americanised rap that’s homogenising commercial music right now. Their approach is uniquely their own, with Shaanvir’s lyrics often feeling like forays into his own head, while Fabien’s beats take the place of traditional sampling to provide an organic dynamism that can’t be achieved through machines. With only one song in their repertoire back in September, the duo has expanded their setlist and their live presence in London’s music scene, headlining shows across the capital. Over the last couple of years, they’ve travelled across the UK to perform at festivals nationwide including Glastonbury, Wonderfields, Hazy Days, Subsonic and Homeless not Hopeless. 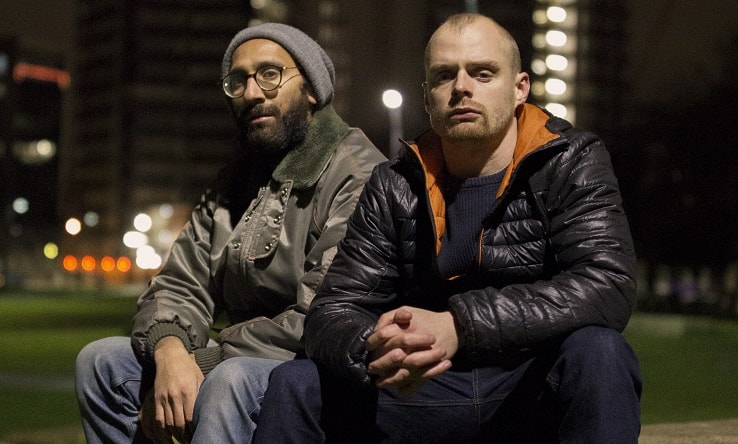 Their artistic integrity remains their biggest draw, and in doing whatever they want they’ve ended up striking a chord resonant with the people they play for. Their endearing authenticity and classic musicianship feels almost radical in today’s Soundcloud rap climate, and as their art continues to expand, so too will their influence. It may not have taken a day, but rest assured their day will come. Written by vocalist Shaanvir Rehal, ‘Reach’ is a conscious and dynamic display of lyricism that sidesteps the braggadocio of commercial hip hop to arrive at something both honest and infectious. Injecting hip hop beats with a masterly display of finicky acoustic work, Shaan’s track was the spark that got percussionist Fabien Waldheim involved in the project, and together the duo explore the bleakness and banality of pop culture with a song that’s life-affirming and touchingly relatable.

‘Reach’ explores the many contradictions in the modern condition: rampant materialism is a source of anxiety to many, but the promise of a more comfortable life through it is something we all, to some extent, strive towards. Unashamedly proud of his nerdiness, Shaan lyrically cuts something of a Gambino-esque figure, though possessed with a probing curiosity that penetrates further and lashes harder than his american peers. ‘Reach’ is a positive message. It tells us listeners that we are not alone in our thoughts, and that through expression we can find a connection with each other and the world around us that transcends our angst.

Only Takes A Day: Reach

Only Takes A Day: Reach Lyrics: