One Piece: World Seeker is an action-adventure video game based on the manga and anime series One Piece. Developed by Ganbarion and published by Bandai Namco Entertainment, the game will be the first video game in the franchise to feature an open world environment. The game has been released on March 15, 2019 for PlayStation 4, Xbox One and Microsoft Windows. Characters that will appear in the game will include the entire Straw Hat crew, Akainu, Kizaru, Kuma, Tashigi, Smoker, Sabo, Rob Lucci, and Ichiji, Niji, and Yonji from Germa 66. The game will feature the talents of One Piece anime producer Hiroki Koyama from Toei Animation, One Piece media supervisor Suguru Sugita from Shueisha, One Piece game supervisor Yuji Suzuki from Shueisha, and One Piece game producer Kōji Nakajima from Bandai Namco Entertainment. 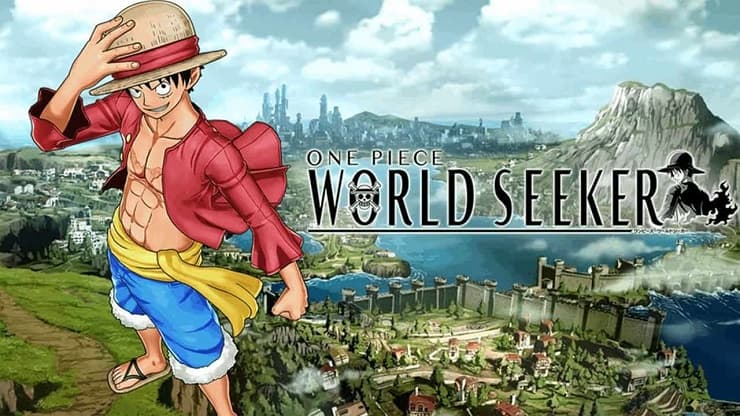 Leave your compass behind and join Luffy as he embarks on a brand new action-packed adventure where you can experience the powers of the legendary Gum-Gum fruit to uncover hidden secrets on an original, never-before-seen island! Time to set sail! Dynamic Gum-Gum Action: Take control of Monkey D. Luffy and explore the vast areas of this all-new island as you try to uncover its hidden secrets. Experience an Original Story: The Straw Hat Pirates arrive on a mysterious island known only as “Prison Island” and they’re soon caught up in a dramatic story full of twists and turns. Includes original characters designed by Eiichiro Oda himself! Fierce Battles Between Popular Characters: Face off against some of Luffy’s well-known enemies from the ONE PIECE series. Use his Gum-Gum Fruit powers and powerful Haki abilities to take them down!