Beginning her journey into electronic music at 13 and after almost 10 years developing her skills Akaysha (aka Kaysh) morphed into Ok Sure. Dark and moody she has played at festivals and clubs such as Rainbow Serpent, Strawberry Fields, Revolver and the Thailand Full Moon parties, had her music played on Australian radio stations such as Triple J, Triple J Unearthed, Triple R, PBS, Kiss FM and Switch FM and been featured in TV shows and short films. Her live shows consist of downtempo, industrial, dark melodic electronica while her dj sets can range from techno, deep house, disco, retro, electro and….whatever. 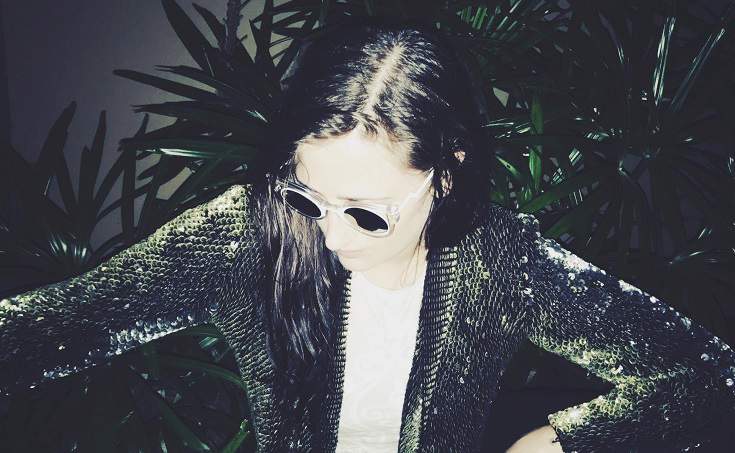 Ok Sure is a downtempo electronic producer with a unique style. The Melbourne musician found success through her remix of Ukiyo by Hermitude which gained her recognition fromTriple J and across the electronic music scene in Australia, earning her a deal with Lunarton where she joined the ranks of Borgore, Parachute and Tiga. Beginning her interest in electronic music at just 13, the artist has immersed herself in music production over the years and in the last 12 months has gone on to give her brand of dark electronica to artists such as Sophie Lowe, Evangeline, Lupa J and Porsches. The producer has also shared stages with the likes of Crooked Colours, Habits, Paces, Kilter, Worlds End Press and Just a Gent while gaining support from fellow artists Yolanda Be Cool, The Aston Shuffle, Eric Volta and Hermitude. Ok Sure has played at festivals and clubs such as Rainbow Serpent & Revolver and played internationally in Thailand, Japan
and Cambodia. Her music has been played on Australian radio stations such as Triple J, Triple J Unearthed, Triple R, PBS, Kiss FM and Switch FM.