Nevena Tsoneva – Povey Vetre. Nevena Tsoneva is a Bulgarian singer who won the first season of the Bulgarian television series Music Idol in 2007. Born Nevena Tsvetanova Tsoneva, she began accompanying her dad to bar and restaurant performances at age six, and soon became a regular on the mic. After winning several awards Nevena recorded her first album at age13, with the help of her ambitious father. She conquered “Hit-1” with Christina Aguilera’s song “The Voice Within”. Two years later she won another contest, “Burgas i Moreto”(“Burgas and the Sea”), performing the song “Moe More”(“My Sea”)- music by Mitko Shterev, lyrics: Lozan Takev. Nevena then recorded a pop-folk album, supported by her dad again. He wrote a song for the young star, called “Molitva za Teb” (“A Prayer for You”), which they often performed together. As a youngster, Nevena admired the singer Gloria and therefore auditioned for the first season of the Bulgarian TV show Music idol, where Gloria was one of the judges on the panel. At the first audition, Nevena performed “The Voice Within”, “Danyova mama”, Silvia Katzarova’s “Topul Duzhd” and “Tsiganska e Dushata” a song by Gloria. She then made it to the finals, along with 11 other contestants. She gained an immediate advantage over the others after performing her first song, “Moi Stih” by Neli Rangelova. After a tough music battle, Nevena made it to the last round with competitor Teodor Kojchinov. In the end, she won 64% of the votes, thus becoming Bulgaria’s first Music Idol. Wikipedia®. ♪♫♪ 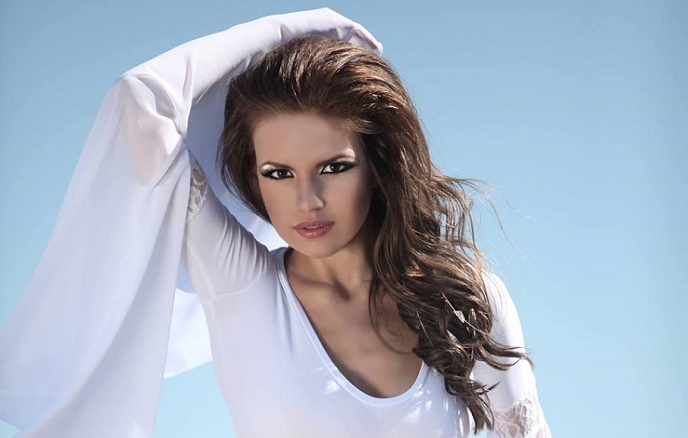