Skip to content
Home » Music » Nate Ruess: Nothing Without Love

“Nothing Without Love” is a song by American singer Nate Ruess from his debut solo studio album Grand Romantic. The song was released on February 23, 2015 via Fueled by Ramen. In the spring of 2014, Ruess was in the studio with producer Jeff Bhasker recording a demo for what was planned to be an upcoming fun. song. However, Ruess’ band fun. announced on February 5, 2015 via Facebook that the band was taking a hiatus for its members to pursue other projects. Ruess announced in a Rolling Stone interview the following day that he planned to start a solo singing career. On February 18, Ruess released a teaser of his new single via his own YouTube channel. The full song was released five days later via Fueled by Ramen. Its iTunes chart sale were within the iTunes Top 40, peaking at 31 on 4/24/15. 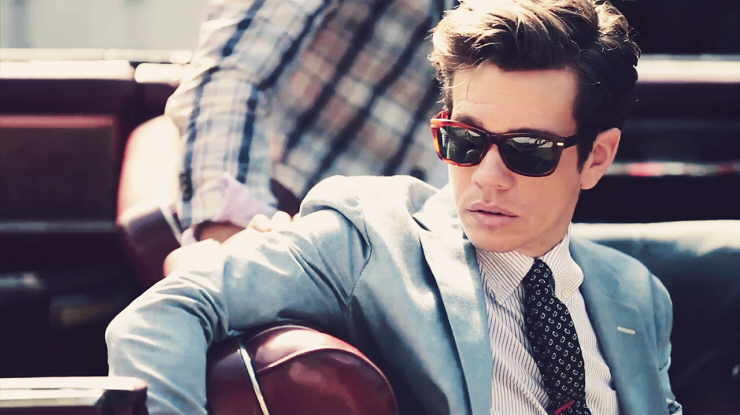 Nathaniel Joseph “Nate” Ruess is an American singer, songwriter and musician. He is the lead vocalist of indie pop band Fun and previously of the Format. As of 2015, he also performs as a solo musician. Ruess was born on February 26, 1982, in Iowa City, Iowa to Larry Ruess and Bess Zinger. He is the younger of two children, having one sister named Elizabeth. His uncle, John Ruess, was a performer on Broadway and served as an influence for Ruess’ musical ventures. In 1986, his family moved to a farm in Glendale, Arizona, due to repeated bouts of pneumonia Ruess faced as a child. Ruess remained in Arizona throughout his childhood and attended Deer Valley High School, graduating in 2000. During his time in school, Ruess played in punk bands and upon graduation chose to pursue music professionally. Wikipedia®.

In an interview with American Songwriter Ruess states, “I’m not one to take lessons, so I decided that the only way I was going to learn how to sing, if what they were saying was true, was to go in my car and put on any sort of music from a vocalist that might be really hard to mimic, turn it on as loud as possible and try to hit all those notes”. He took a job in a law firm as a way to support himself while he pursued his musical ambitions. In 2001, at the age of 19, he launched the band the Format with his longtime best friend, Sam Means. The Format was his first musical endeavor to gain widespread attention.

Nate Ruess:; Nothing Without Love [Acoustic]

A stripped down version of “Nothing Without Love” performed by Nate Ruess and Jeff Bhasker.

Now here you show up with the force of a wave
And so I’m setting my sail, I’m headed for the empire state
Hey hey lord, I don’t want to lose this one, she make me feel whole
You know, I am nothing without love

Oh baby show me a sign
Send up a signal, that everything’s fine
Come on slide up right here by my side
You know that I want to rest in your light