The family name McCool has its roots in Irish legend; the giant Finn McCool was said to be a mythical hunter-warrior of Irish folklore. It wasn’t until many generations later that the McCool family emigrated from their native Ireland to settle where Natalie grew up – in Widnes, Cheshire – a small industrial town, with many sites out of bounds due to chemical soil and its looming power station. So, perhaps due to this mysterious combination of having mythical blood and being grown from radioactive soil, Natalie McCool’s artistic talents so came to fruition. 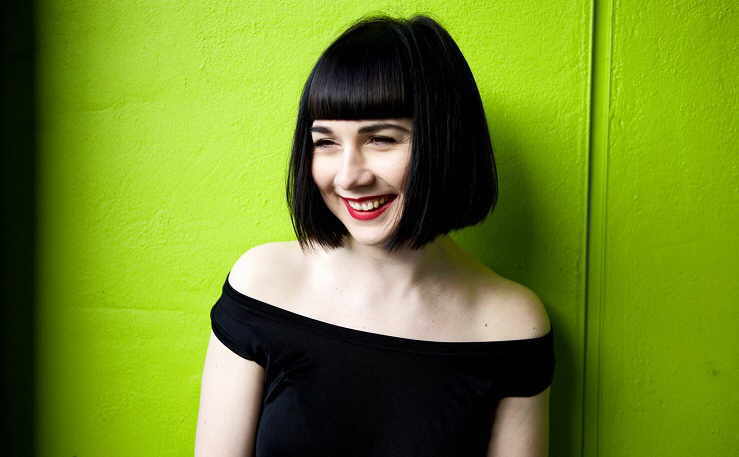 Sliding tightly in between the likes of Alt J’s alt-pop and Lorde’s mainstream appeal, McCool’s signature sound is her coaxing and ever-morphing voice that darts playfully over a backdrop of offset beats and jagged guitar lines that are almost reminiscent of Prince. The way the production compliments the songwriting is extremely interesting – commercial choruses uniquely teamed with a sound that sits slightly to-the-left really catches the ear here. With accolades from some of the world’s biggest tastemakers including NYLON, Vogue and Wonderland, not to mention a flood of praise from blog giants The Line of Best Fit, Pigeons & Planes and The Music Ninja, “Pins” has turned a sea of heads in Natalie’s direction – with all of them hitting the replay button.

Natalie McCool – Oh Danger Lyrics:
I’m walking on a glass floor.
Stepping through a trap door.
Looking to the great unknown.
Living in a tin can.
Put my heart in your hand.
Watching as you throw it overboard.