Introducing Moxi, a Los Angeles based indie pop outfit built upon the dreamy, ethereal vocals of Anna Toy and surrounded by the moody, atmospheric keyboards of Andy Toy. Drawing on elements from pop, classic cinema, and 80’s new wave, Moxi presents Anna’s distinct vocals against a backdrop of dark electronic textures, innovative guitar sonics and enigmatic, dream pop melodies. Moxi’s upcoming EP Figures Bathed in Light is produced by Emmy Award-winning songwriter Bobby Hartry and mixed by Bryan Cook (Radiohead, Beck). The six-song release is the result of a writing retreat to a cabin in the desolate mountains of Big Bear. This weekend of escapism was the catalyst for all creativity on the record. The duo’s isolation during this time forced them to confront life altering experiences they faced fueling an EP filled with spiritual reflection, conquering life’s demons and facing the dark as well as the light. 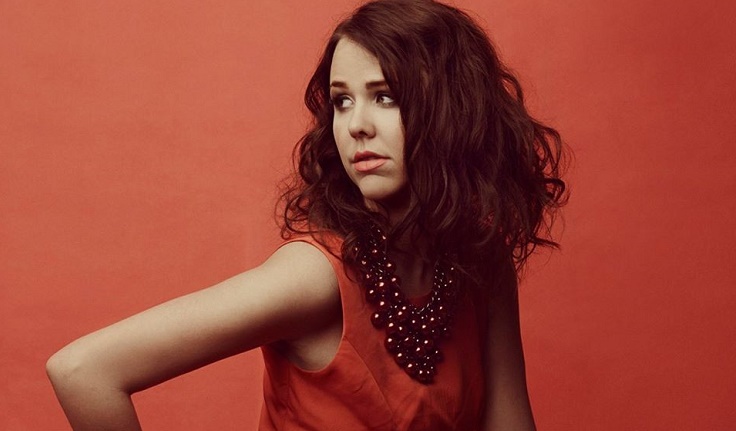 Title track “Figures Bathed in Light” was conceived after the couple escaped a near-fatal car crash. This life threatening experience empowered them with a wealth of creative energy and the
need to create art to immortalize the new found hope they had following this encounter. Anna explains, “our inspiration comes from a myriad of sources and ideas, but the underlying themes come from our emotional response to art and life experience”. The track highlights the band’s dreamy, floating quality of music and fascination with the supernatural. “Behind all the drifting soundscapes, I always build a violence and tension into the music, even if it’s not overtly present at first”, admits Andy. “We bring all of these elements together in a way that is hopefully relatable and memorable because ultimately, we want people to feel understood through our music.”

“Ivory Eyes” is seductively haunting and showcases Moxi’s versatility within the EP. With subtle goth influences, indie electro elements and darker undertones, Moxi is successful in creating a stunningly beautiful song with an edge of friction and resistance. Moxi’s successes to date include sharing the stage with bands such as Sir Sly, Wildcat! Wildcat and Gungor among others. Moxi has also received numerous TV placements and global favor, being featured on shows such as Keeping Up With the Kardashians, The Young and the Restless, I Am Cait, Total Divas, and Made in Chelsea. With over a million hits on Spotify, Moxi are ready for their next endeavor with Figures Bathed In Light due for release August 18.