Maylee Todd is a dynamic and multi-faceted artist, based in Toronto. Her creativity derives its inspiration from a wide range of artistic disciplines: songwriting, production, film, performance art, and design. Maylee’s music combines organic and electronic forms, including elements of boogie, bossa, space funk, psychedelia and soul. She is truly a free spirit who brings all of these seemingly disparate influences into honest, soulful, harmonious yet uncompromising vibrations. In 2010, Maylee released her debut album Choose Your Own Adventure. The album received glowing reviews from the likes of NOW Magazine and The Globe and Mail. In 2012 single Hieroglyphics from new album Escapology has already received worldwide airplay from BBC Radio 1 London, to KCRW in L.A. and J-Wave in Tokyo. Maylee has also composed original music for the film “Lullaby for Lucious & Sumat” which premieres at Cinequest Film Festival 2013 in San Jose. Amongst sharing the stage with the likes of Janelle Monae, Lee Fields, Aloe Blacc, Little Dragon, and The Budos Band, Maylee has toured in the Europe,Transmusicales (Rennes, France), c/o pop (Cologne, Germany), Pop Montreal, Hillside Festival and in her home city of Toronto at Harbourfront Centre. In concert, Maylee delivers a diverse repertoire of soulful tunes with an infectiously charismatic and joyful stage presence, full of warm humour and a performance art aesthetic. More than just a concert, Maylee Todd live is a creative experience that leaves an indelible impact.

Maylee’s brand-new single “Hieroglyphics” is her homage to the classic club sounds from the 70s and 80s. This guitar- and synth-driven disco-funk boogie will be sure to have you headed straight for the dance floor! This 7” includes a remix from Kon (of Kon & Amir) & The Gang. A true connoisseur of the art of remixing, Kon has been known to track down original recording sessions from the likes of Barry White, The Bee Gees, and Cerrone; reconstructing them into modern classics that shine a brand-new light on the genius of the original material. “The song to me is reality fiction,” says Maylee. “The two main characters in the song are in love, but the Pharaoh forbids their love because of the class difference between them. She writes him a hieroglyphic love letter that they shall meet in her dreams, or possibly in in reincarnation. ‘Everybody needs a mouth to mouth’ can be interpreted as a breath of life.” 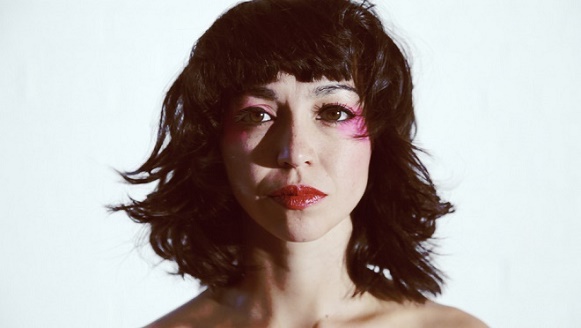