“As I’m getting older, chip up on my shoulder…” is the opening line from Mac DeMarco’s second full-length LP ‘Salad Days,’ the follow up to 2012’s lauded ‘Mac DeMarco 2.’ Amongst that familiar croon and lilting guitar, that initial line from the title track sets the tone for an LP of a maturing singer/songwriter/producer. Someone strangely self-aware of the positives and negatives of their current situation at the ripe old age of 24. Written and recorded around a relentless tour schedule (which picked up all over again as soon as the LP was done), ‘Salad Days’ gives the listener a very personal insight into what it’s all about to be Mac amidst the craziness of a rising career in a very public format. The lead single, “Passing Out Pieces,” set to huge overdriven organ chords, contains lines like “…never been reluctant to share, passing out pieces of me…” Clearly, this isn’t the same record that breezily gave us “Dreamin,” and “Ode to Viceroy” but the result of what comes from their success. “Chamber of Reflection,” a track featuring icy synth stabs and soulful crooning, wouldn’t be out of place on a fantasy Shuggie Otis and Prince collaboration. Standout tracks like these show Mac’s widening sound, whether insights into future directions or even just welcome one-off forays into new territory. 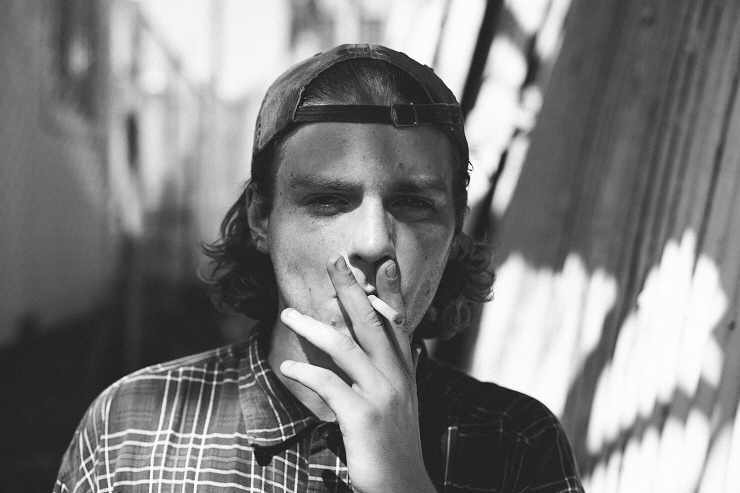 Still, this is musically, lyrically and melodically good old Mac DeMarco, through and through. The same crisp John Lennon / Phil Spector era homegrown lush production that could have walked out of Geoff Emerick’s mixing board in 1972, but with that peculiar Mac touch that’s completely of right now. “Brother,” a complete future classic, is Mac at his most soulful and easygoing but with that distinct weirdness and bite that can only come from Mr. DeMarco. “Treat Her Better” is rife with “Mac-isms,” heavily chorused slinky lead guitar, swooning vocal melodies, effortless chords that come along only after years of effort, and the other elements seriously lacking in independent music: sentiment and heartfelt sincerity. We’re only at Part 2 and 1/2 (one EP and two LP’s in) into Mac’s career. As you read this and as you hear the album on April Fool’s Day of this year, he’ll probably be on tour, or preparing for one… or maybe already writing new music. A relentless work ethic is something to be admired in today’s indie music scene, but when it’s of the quality Mac is giving us time and time again, it starts to turn from admiration to awe.

Another One is an upcoming mini-LP by Canadian singer-songwriter Mac DeMarco. It is set to be released on August 7, 2015 by Captured Tracks. The mini-LP is preceded by the digital release of the single “The Way You’d Love Her”.