Newly re-launched as Lovestarrs, Sarah McIntosh (vocals) and her brother Hamish (bass and synths) are back to tease us with a taste of their debut album in the form of lead single ‘Get Your Sexy On’, due for release on 3rd June. The slick electronic outfit, formerly known as The Good Natured whilst signed to Parlophone/EMI, return with their unique brand of unashamed electro-pop thanks to a little help from their fans via a successful Kickstarter campaign, which has funded forthcoming LP ‘Planet Lovestarr’ – set to drop in August 2016. Now signed to new independent label DEFDISCO, who can already boast the likes of Public Enemy amongst their roster, the sibling pair are stepping up their game with ‘Get Your Sexy On’, an encouraging ode to lovers intertwined in a rapturous and motivating melody. 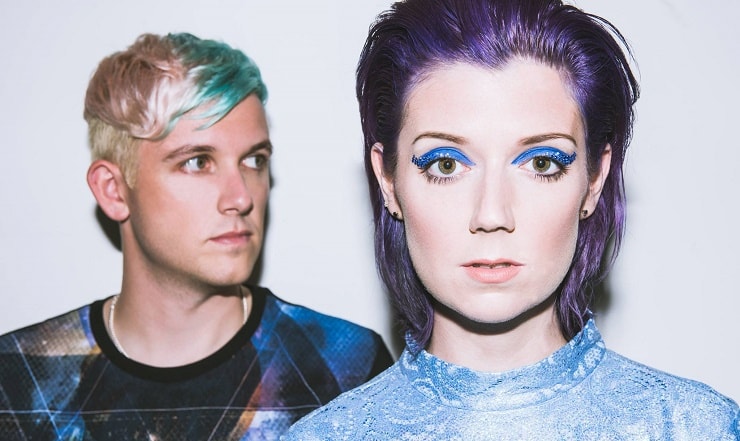 In the band’s own words, the track is “about plucking up the courage to make your first move on someone”: aptly demonstrated in the equally motivating accompanying video. Set in an era that echoes 90s bubblegum pop in the most delightful way, the plot sees the duo playing cupid to three awkward couples and culminates in Sarah finding her own romance during a house party. B-side ‘Drop Dead Gorgeous’ supports the track in an equally lighthearted manner, slowly revealing a straight woman’s interest in another girl through an anthemically indie ‘Stacey’s Mom’ vibe. Sarah, fascinated after a friend shared a recent encounter with her, was inspired to write a song about “how cool it can be when unexpected things happen.”

No strangers to the unexpected, in a former incarnation the band had a string of European hits and were praised by the likes of The Guardian, NME, Clash and The 405, but received a crushing blow when their album was shelved prior to its already confirmed release with Parlophone/EMI. Now, with the backing of artist-empowering label DEFDISCO, Sarah and Hamish are back with a vengeance – and nothing will stop them this time.