LeToya has been in the studio recording her highly-anticipated third album, which is set to release in 2014. The album is constructed of very accomplished producers and songwriters and proves to be a versatile collection of work that explores new musical elements while staying true to LeToya. Additionally, she is the new host of Centric’s CultureList that premiered July 21st. LeToya has also been chosen as a lead cast member of the VH1 hit Single Ladies. The new season is slated to premier in early 2014. LeToya’s current moves in television arrive after a string of noteworthy stage, film and television projects. In 2010, LeToya made her film debut playing the lead character in the Warner Premiere film Preacher’s Kid. The film was released nationwide in select markets and has since become a top DVD seller in its genre. Later in 2010, LeToya had a supporting role in the romantic comedy Killers, starring Aston Kutcher and Katherine Heigl. Furthermore, LeToya’s momentum continued in 2011 and 2012 with a recurring role on second and third seasons of the HBO TV series Treme. She also had a noteworthy role in the coming-of-age film Note To Self with Christian Keyes, Richard T. Jones and Clifton Powell. LeToya stars alongside Academy Award nominee Taraji P. Henson and Tom Felton in From the Rough set to release in 2013. The film was inspired by the true story of Dr. Cantana Starks, the first female head coach of an NCAA Division 1 men’s team. Also in 2013, LeToya had a recurring role on the new BET TV series Second Generation Wayans, starred in the new GMC TV series For Richer or Poorer and appears in the forthcoming film The Concerto with Janel Parrish and Jackson Rathbone.

Now, with several television projects in motion and a new album on the way, LeToya still has the world saying her name as she progresses as a woman, artist, actor, entertainer and entrepreneur. “You have to stay true to yourself while also keeping up with the trends in music and this industry,” she says. “I think a lot of people start to lose themselves because people have opinions and they become insecure. But you’ve got to stick to the real reason you wanted to become an artist.” 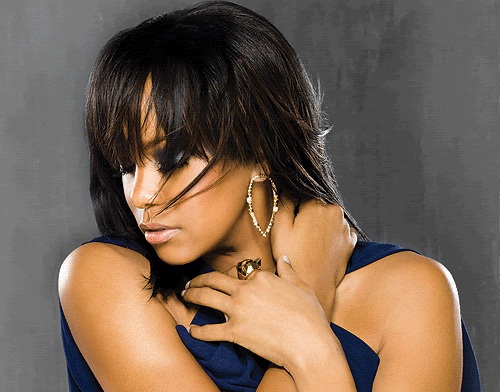