Len Sander have not taken a break since Phantom Gardens, continuously making music during the process of releasing that album. Mouthwatering records have taken up the batten and have released he first single from the group since their magnificent debut. Blanka’s recognisable vocals cut through a clean guitar’s simple harmonic framework, her vocal chords stretching to reach the height of that blackbird in the sky she sings about. An upbeat synth-pop riff takes Places into dance territory, while Blanka’s lyrics continue to search the depths of her romantically broken heart, as it did on the Len sander’s previous album. The single is accompanied by some manipulated footage taken from “Voyage to the Planet of Prehistoric Women”, a sixties sci-fi b-movie that shifts the sentiment of Blanka’s lyrics about migration of the soul into further galaxies. Places is an instantly gratifying pop song with a melody that won’t leave your head after hearing and a compositional form that won’t conform to popular trend. It solidifies Len Sander appeal as a group that blends the innovation of electronic music with the appeal of music that speaks to its audience on a universal level. 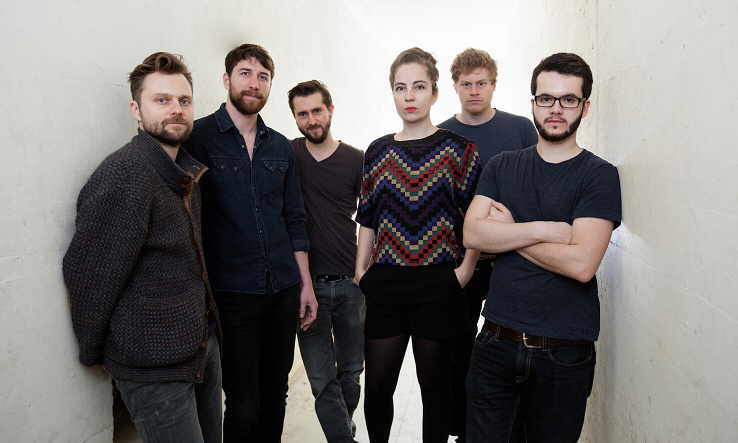 A black bird is calling your name. Thereare things you don’t know anything about. A rocket flies through the universe. There are distant places, where you have never been. An unknown planet in outer space. Could you be someone else out there? After the release of their debut ‘Phantom Garden’, the Swiss six-piece-band Len Sander didn’t take a break and are now releasing their newest song ‘Places’. The video to the song uses material from the American 60ies science-fiction movie “Voyage to the Planet of Prehistoric Women”, that in turn is based on the movie “Voyage to the Prehistoric Planet”, that for his part works with material from the Russian version “Planeta Bur”.

In spring 2015, Len Sander once more tell another version of the story. The band escaped the Phantom Garden to explore the Universe. The interactive video takes you to places that seem to come straight out of your own fantasy. Musically too, the track addresses the relationship between space and time. While Blanka’s voice descends like a warm sonic carpet on the arrangement, a minimalistic beat-structure inexorably makes its way. Accompanied by a stammering guitar-pattern the song finally finds redemption in a psychotic feedback-valhalla.