Lego Star Wars: The Force Awakens is a Lego-themed action-adventure video game developed by TT Fusion, based on the film Star Wars: The Force Awakens. It is the fifth entry in TT Games’ Lego Star Wars series. The game was released on 28 June 2016, for Microsoft Windows, PlayStation 3, PlayStation 4, Xbox 360, Xbox One, Nintendo 3DS, PlayStation Vita and Wii U, and was published by Warner Bros. Interactive Entertainment under license from Lucasfilm. In addition to adapting the film, the game includes content which covers the period between Return of the Jedi and The Force Awakens. The gameplay of Lego Star Wars: The Force Awakens is similar to previous Lego video games. New systems are introduced, including Multi-Builds, a new system that grants players access to various building options, which can be destroyed and rebuilt, in the brick-building sections of the game, allowing them to open up new paths in the game’s world.[1][2] Players can hide behind cover and engage in ranged battles in several sections of the game known as “Blaster Battles”. The game features multiple playable characters, including Rey, Finn, Captain Phasma, Poe Dameron, Han Solo, Kylo Ren and droids, including C-3PO and BB-8, and locations, including Jakku and Starkiller Base.[4] In addition to adapting the film, it will also bridge the gap between Return of the Jedi and The Force Awakens, where Lucasfilm will allow creative freedom to the additional content that will explore the characters’ backstories. LEGO Star Wars: The Force Awakens takes players deeper into the new film than any other game with all of the heroic characters from the movie, including Rey, Finn, Poe Dameron, Han Solo, Chewbacca, C-3PO, and BB-8, as well as Kylo Ren, General Hux and Captain Phasma, while also exploring iconic Star Wars locales, such as Jakku and Starkiller Base. This action-packed adventure introduces new gameplay features, including the enhanced “Multi-Builds” system, where players can choose from multiple building options to advance the game. Gamers will be able to engage in intense new Blaster Battles for the first time, utilizing surrounding environments to drive back the First Order. Fans can also experience the thrill of high-speed flight gameplay through arena-based battles and dogfights in space, while utilizing a multitude of vehicles along the way, including the legendary Millennium Falcon. 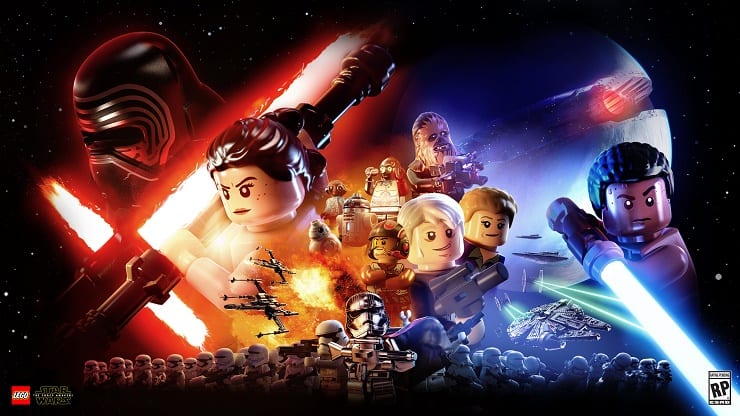