One of the newer voices on the Philadelphia music scene, Lee Mo is taking the city by storm. Known for her killer vocals, soulful feel, and impressive music sensibilities, Lee Mo has graced the stages of some of Philly’s hottest venues. Born and raised in Baltimore, MD, she is the musical product of many influences: gospel, jazz, and soul, to name a few. She started in church, singing with her siblings in the children’s choir. At a young age it was clear that music was her gift, having written and composed songs before the age of ten years old. She grew up listening to Yolanda Adams, Kim Burrell, Whitney Houston, and Ella Fitzgerald, who have all influenced her distinct soulful and jazzy sound. In high school she cultivated her gift in singing and playing the trumpet, and she also realized her love for music production. 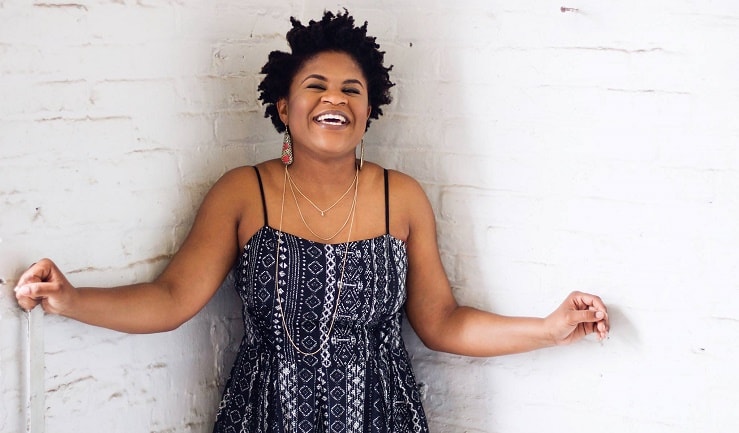 In high school she was a member of both the world-renowned Baltimore City College Choir as well as the Baltimore City College Marching Knights. With the choir and band she was able to travel all over the east coast, performing on a weekly basis. During her time at “City,” she was inspired to further her career as a performer at Temple University, where she received her Bachelor’s in Vocal Jazz Performance in May 2014, studying under Philadelphia’s own jazz legend, Joanna Pascale. During her time at Temple, Lee Mo met trumpeter and Vertical Current bandleader Christopher Stevens, and soon became one of the band’s primary featured vocalists. The relationship with Vertical Current has afforded Lee Mo the opportunity to open for artists such as The Robert Glasper Experiment, Eric Roberson, Frank McComb, Derrick Hodge, and Anita Wilson, to name a few. She has also performed at Jazz on the Ave, opening the festival featuring artists such as Jeff Bradshaw, Suzanne Burgess, Syleena Johnson, and Elle Varner. She has also paid musical tribute to Philadelphia Legend Carol Riddick, and she has lent background vocals for gospel artists Jonathan Nelson and Jessica Reedy, and R&B singer Vivian Green. Young in age, but mature in sound, Lee Mo knows what she wants from the music, and each performances provide nothing less than an authentic, free, and spiritual experience.

Lee Mo: Don’t Have A Reason