Birmingham MC, Lady Sanity, gears up to release her socially conscious single ‘Role Models’, lifted from her forthcoming EP, ‘For Figures’. From start to finish, ‘Role Models’ showcases the BBC 6 Music-endorsed rapper’s lyrical prowess, commenting on issues ever-present in the music industry. Deemed the ‘hype track’ of the EP due to the brash and in your face production, compared to her typically laid-back style, the single retains its depth with its insightful message. As she sings “everything that glitters isn’t golden”, the track criticises the industry’s superfluous tendency to place artists on an unattainable pedestal, far out of reach from those who imitate said icons. In her own words: “It’s clear to see there’s a lot of pressure on women in music, to look and carry themselves in a certain way…Role Models is about finding inspiration in the amazing people around you in your everyday life, opposed to this unrealistic, overpriced culture that’s thrown in our faces so often.” 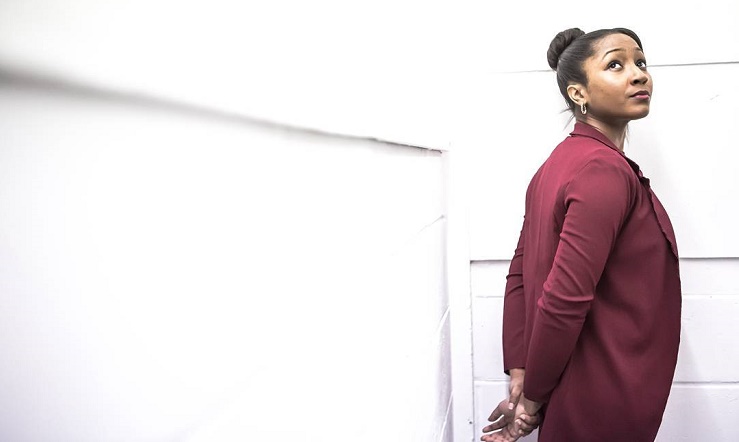 Having received positive responses to her debut mix-tape, ‘Construction’ in 2014, and backing from the BBC, Lady Sanity began her journey as a promising star emerging out of the Birmingham rap game. Drawing her inspiration from artists like Lauryn Hill, MC Lyte and Missy Elliot, her genre-bending flow caught the attention of many platforms. Notably performing on ‘A Night of New Music with 6 Music’s Tom Robinson’, as well as receiving attention for her two EP releases ‘Summer in September’ and ‘The Graduate’ from NUBI, Grapevine and Rhyme & Reason, the hype is starting to build around the poetic maverick.

Hard-hitting bars, profound lyrics and an authentic personality to round it all off, Lady Sanity is leading the charge for the new era of real female emcee’s, and having secured a slot at Glastonbury, Boom Bap and taking home the Get Rated prize for upcoming artists at the Rated Awards, the sky is the limit for the Birmingham wordsmith. Lady Sanity is supported by PRS for Music Foundation.