Kiah Victoria: “Hello, my name is Kiah Victoria and I was born in Berlin, Germany. I only lived there for a hot minute before my family relocated to New York City. Then 1996 rolled around I moved to Nairobi, Kenya with my sister and mother but we quickly wound up back in New York. Shortly after returning to the city, the fam made a semi-final move to the rolling hills of PG County (Woot woot!). But fate brought me back to boroughs when I landed a starring role as Young Nala in Disney’s production of The Lion King on Broadway when I was 10 years old. Probably the most magical 6 months of my life… I spent my high school days at Bowie High School (GOODMORNTING!) performing in every musical, choir, play, and concert that I could get myself involved in. I reside in lower Manhattan where I study at the Clive Davis Institute of Recorded Music in NYU’s Tisch School of the Arts. Still performing, writing, and TWERKING my way to the top.”

BLENDING INTIMATE VOCAL PERFORMANCE WITH THE OBSCURE SYNTHETIC TEXTURES OF TRIP-HOP PRODUCER TOLU, 21-YEAR-OLD KIAH VICTORIA EMERGES FROM THE GREAT CITY OF NEW YORK. THE MTV COLLEGE WOODIE NOMINEE HAS TAKEN HER TRAVELS AROUND THE GLOBE, LIVING IN BOTH GERMANY AND KENYA FOR A SHORT TIME BEFORE RETURNING TO HER RIGHTFUL SPOTLIGHT IN MANHATTAN. KIAH HAS GARNERED THE ATTENTION OF NYC’S BROADWAY STAGES, NBC’S ‘THE VOICE,’ AND THE CLIVE DAVIS INSTITUTE OF RECORDED MUSIC. SHE IS CURRENTLY STUDYING ABROAD IN BERLIN, EXPLORING THE DIVERSELY RICH MUSIC CULTURE OF THE HISTORICAL CITY WHILE CONTINUOUSLY COLLABORATING WITH HER PRODUCER TOLU, AND INTRODUCING HER DISTINCT SOUND TO THE EUROPEAN CITY-CENTER. 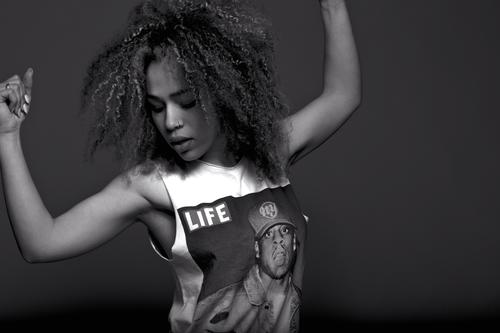