Joel Goodman creates emotion through music. As an Emmy-winning composer for motion picture, his signature style thrives in musical settings that require both quiet undercurrents and intense human emotion. Joel has scored 4 Oscar-nominated films and over 20 Emmy-nominated television programs and documentaries. Organic and modern, his music can be heard in movie theatres and living rooms around the world. Joel composed the Main Theme for the long-running and critically acclaimed PBS series American Experience, of which he also scored more than a dozen episodes including Seabiscuit, Wyatt Earp, Walt Whitman, and Clinton, a four hour documentary about the 42nd president. He has scored over 30 films for HBO, most notably Born Rich, Wartorn, Hear & Now, A Small Act and Saving Pelican #895, for which he won an Emmy award. Being Elmo, the heartfelt and crowd-pleasing documentary about the man behind the Muppet, is just one of several films featuring Joel’s music to see a theatrical release. Goodman’s expertise as a composer is aided by his comfort in collaborating with directors and producers. Having scored more than 100 films in total, he has a refined ability to turn the emotions we see into those we hear and feel. Because of this, Joel has been fortunate to work with such award winning and legendary filmmakers as Wong Kar-wai, Barbara Kopple, Albert Maysles, Barak Goodman, Kevin Spacey, Irene Taylor Brodsky, Andrew Jarecki, Mark Zwonitzer, Marshall Curry, Oren Jacoby and Michael Epstein.

Joel Goodman – The World Gets the News

Joel Goodman is about expressing human affection through richly textured music that comes from the heart. Joel lives in Los Angeles, where he enjoys time with his daughters, riding his bicycle and of course, many hours writing music. 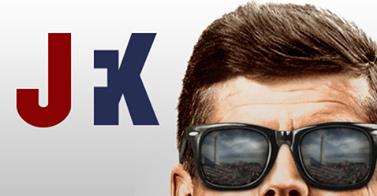