New York City native, Jessica Allyn is no stranger to the stage. She played violin in her youth, was accepted to the Suzuki Program, and branched out to guitar, ukulele and a multitude of other instruments all before her mid-twenties. Listen to one song and you will hear her classical vocal training shining through. Listen a moment longer and you will understand why she was invited to audition for RENT on Broadway. This affinity for music is part of a long family heritage. Out of high school, Jessica briefly attended Five Towns College to study musical theatre. When she was 21, she joined a nonprofit theatre group supporting Broadway Cares/Equity Fights AIDS. In 2008, Jessica began the writing and production of I Am A Camera, Jessica’s debut EP. Starting off with “Jenny Jones,” a song that will bring you back to daytime television ten years ago, and ending with the soaring, dramatic strings and intense guitar solo of “Standing O,” I Am A Camera is a collection of selections from a rock opera in the works. Crowd favorite “Iscariot,” alluding to Judas’ betrayal of Jesus, was the first song Jessica recorded and was also the single from the album which was quickly picked up by college radio. At last, in June 2009, Jessica and her band debuted at Otto’s Shrunken Head in Manhattan. Shows at Pianos, Long Island Gay & Lesbian Youth Center, Shea Stadium and the Cloud Club followed swiftly thereafter. Just four months after her first show at Otto’s, Jessica was playing to a packed room at an official CMJ showcase. To date, Jessica has played with artists such as Army of Toys, Emilyn Brodsky, Family of the Year, Jaggery, Yula and the Extended Family and more.

Jessica recently released her second album, aptly titled Delusions of Grandeur. Which focuses on the seven deadly sins. A documentary chronicling the creation of Delusions was released in tandem with the album. In 2011, Jessica released a demo EP of The Exploding Plastic Inevitable. Which she wrote, and recorded herself in her home studio. After a brief hiatus from music. Jessica’s latest solo EP was released in 2013 entitled “Artificially”. A new direction for the artist, as she tries a new trip-hop, chillwave, dreampop style. Produced by, and also appearing on the EP is the esteemed John Cruess.

Jessica Allyn – Le Vide Lyrics:
Oh there’s a place,
where the dead keep walking
And they take cover
inside our heads 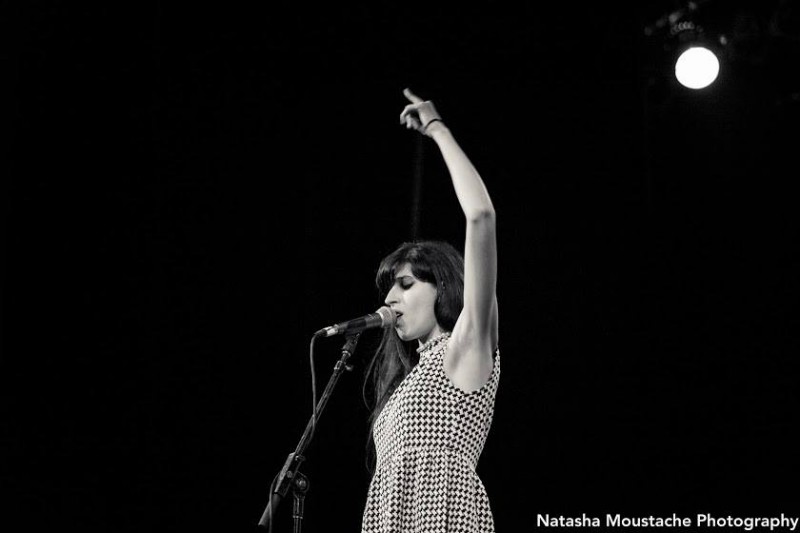