Ishani spent her childhood in the sprawling metropolis of Bangalore, India. After obtaining her degree in TV, Film and Radio in Singapore she moved to London to study Audio Engineering at Alchemea & Point Blank. Her first track ‘Pelican Elephant’ was picked up by MTV India and she was showcased as a BBC introducing artist. Ishani has performed at Sziget Festival and she’s also opened for the Icelandic electronic group ‘GusGus’ at Be My Lake Festival. Her second single ‘Don’t Stop the Fight’ was picked up by VH1 and included in the Indian interactive comic book Priya’s Mirror. Ishani is deeply influenced by artists such as Massive Attack, Portishead, Morcheeba and Hooverphonic. 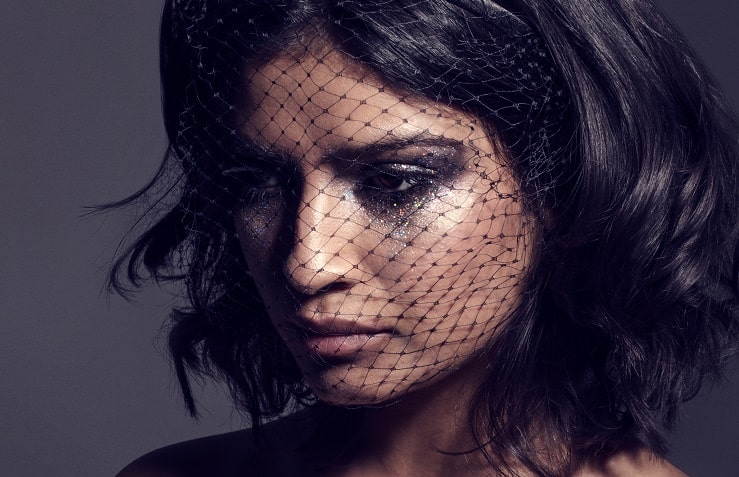 She is now working on the new music that will eventually be released as her debut EP Stormy Emotions in August 2018. Instantly recognisable by her distinctive vocals, and with incisive and often challenging lyricism, (‘Don’t Stop The Fight’ centres on the horrific social effects of rape), Ishani has already earned her dues as a serious and provocative recording artist. Her last single ‘Insomnia’ centred on the anxiety that keeps us awake every night, and latest release ‘One Can Jump’ is inspired by the loss of two of her friends to suicide, a loss too difficult for Ishani to discuss in detail. Ishani strikes the pop landscape as a serious artist committed to making both serious and widely appealing work. Her themes are culled from the darkness and the light in the world around her, and she weaves her razor sharp observations into pristine and addictive electro pop.

Ishani’s ‘Dark Angel’ may be her best song yet, but the difficulty with such an assertion is that it belies the pains involved in creating it. ‘Dark Angel’ is certainly the most difficult to write of all her songs so far. “I have lost close friends to suicide,” she says of the song’s subject, “and recent events have forced me to revisit this song, – we are living through a time of increased awareness of mental health, but we still see so many people ending their lives.” Despite the abject darkness of the theme, and despite provocative lyrics that leave little to the imagination, (“stay with me here until we are dead” she urges those grappling with suicidal thoughts), there is a sense that Ishani has made leaps with co-producer Zaflon towards emerging with a distinct sound. There is enough in the melodies and the beautiful harmonies to suggest a child of the No Doubt/‘Bring Me To Life’ school of goth-kid pop hooks, but more than that, there is the suggestion of an artist whose sound may evoke certain styles, but whose delivery is in a class of her own. Ishani has the vocal confidence of musicians decades her senior, and in her pained and hair-raising performance of ‘Dark Angel’ you can already see her beguiling star power.